Women-Run Businesses Make More Money — Or Do They? 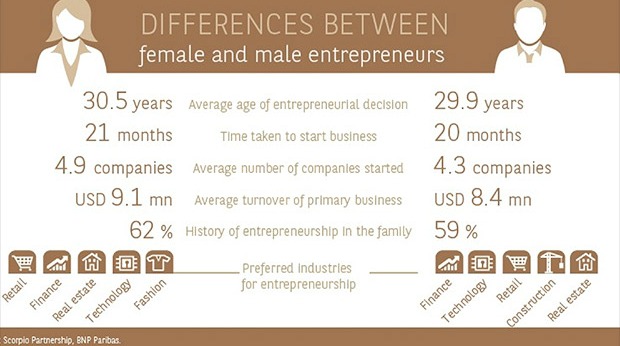 So it’s interesting to hear a contrarian view.

Women might not own as many businesses as men do. But it seems that their businesses tend to be more successful, concluded a global survey from French bank BNP Paribas and consultancy firm Scorpio Partnership found. The survey included more than 2,500 entrepreneurs from the U.S., Europe, Asia and the Middle East.

While female entrepreneurs might face unique challenges, it doesn’t seem that they’re often actually held back from success. The main roadblock, according to some respondents, is simply getting women to start businesses in the first place. A lot of that has to do with confidence. One survey respondent said:

“There is no difference between a man and a woman in the entrepreneurial world. However, women often lack the confidence to start a business. They need to believe in themselves more.”

The results of this survey show that women don’t have as much to worry about as they might think. Perhaps, as more women become successful in business, they can inspire others to do the same.

Pitching an idea, getting funded, creating a business plan, and all of the other difficult aspects of running a business may not seem so daunting when you have peers and realistic role models who have done it all successfully before. For women, finding female business owners to look up to hasn’t always been easy. But the number of female entrepreneurs seems to be on the rise. And according to these survey results, that could mean more successful entrepreneurs.