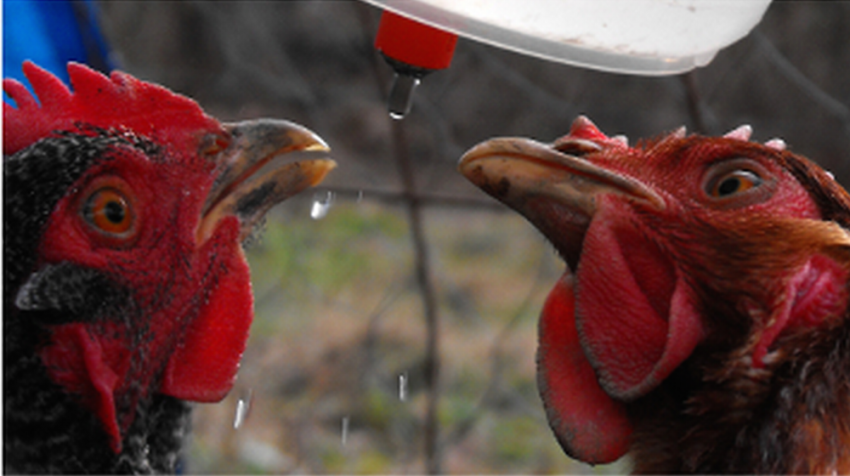 Husband and wife team Mark Hamilton and Anna Hess are self-proclaimed homesteaders and self-taught business owners. Using the profits from Hamilton’s invention, an automatic chicken/poultry waterer, they have been able to work from home — their initial goal.

The Avian Aqua Miser started as just a way to make ends meet. The business has given them the freedom to focus on their homesteading full-time without the need for other jobs away from their farm just to pay the bills.

But it has also quickly grown into a global business thanks to the couple’s savvy online presence — including two blogs and some other related content.

The Avian Aqua Miser uses the same concept as a hamster bottle, only releasing water when the animal applies pressure to the ‘chicken nipple’. It’s a process that commercial chicken farms have been using for years shrunk down for backyard use. 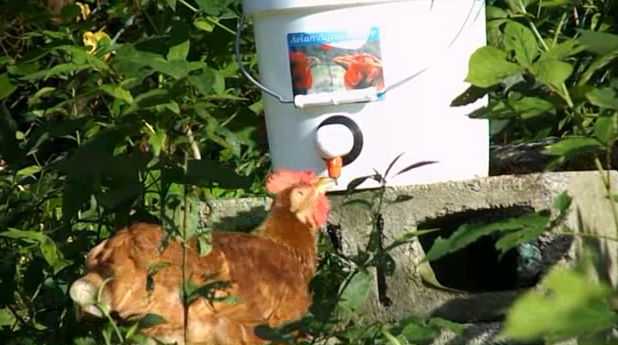 Chickens aren’t clean animals and aren’t above relieving themselves in their own water. Changing multiple watering stations several times a day can become time consuming and irritating.

The Avian Aqua Miser eliminates this problem by offering a covered container for chickens that still lets the animals get a drink when they need it.

Using customer feedback, Hamilton and Hess tweaked and perfected their product over 18 months before a ‘final’ version was developed. Several models are now available, from pre-made waterers to kits you put together yourself. The design keeps the nipple off the ground and the water clean and safe from chicken waste, dirt, and sediment. And it comes in several different styles.

Recently, the couple released the EZ Miser as a response to four years of customer feedback and personal experience. You can see the product demonstrated in the video below:

One of the couple’s blogs, the Walden Effect, chronicles their nine year homesteading journey. Readers can get tips for growing tomatoes,  suggestions for DIY projects, and stories about the day to day life of a homesteading family.

Hess an Hamilton grow their own vegetables, raise chickens for eggs, and are starting work on producing their own fruits and meats as well, all thanks to the profits from their Miser.

They update the blog almost daily, sometimes more than once per day, keeping readers up to  speed on their current projects, recent discoveries, and more. Through the blog, they have been able to directly respond to readers’ comments and suggestions, giving them an easy way to connect with their customers.

The couple’s Chicken Blog not only directly promotes their Avian Aqua Miser, but shares many other details gleaned from their own experiences raising backyard fowl.

Hess also writes ebooks, often on topics related to the couple’s homesteading experiences. One of her titles,  “Microbusiness Independence,” relates Hess and Hamilton’s own experiences in getting their business started in hopes of providing guidance to other small entrepreneurs seeking to do something similar.

In an interview with BusinessOpportunities.biz, Hess gives more advice to those interested in following in her footsteps. Hess relates the couple’s first failed attempt at a business — running a native plant nursery and selling the plants on eBay. She says that after days of developing a website with prices undercutting the competition, the couple eventually realized it had been a mistake.

“When I finally did the math, I realized we were making only a little over minimum wage — our native plant nursery was never going to allow us to leave the rat race. Trying to undercut the competition obviously wasn’t the best way to go. Instead, we recommend that micro business owners find a single, niche product which the consumer can’t get from anyone else. If what you’re selling is unique or difficult to find, you won’t have to drop your prices to rock bottom to attract customers.”