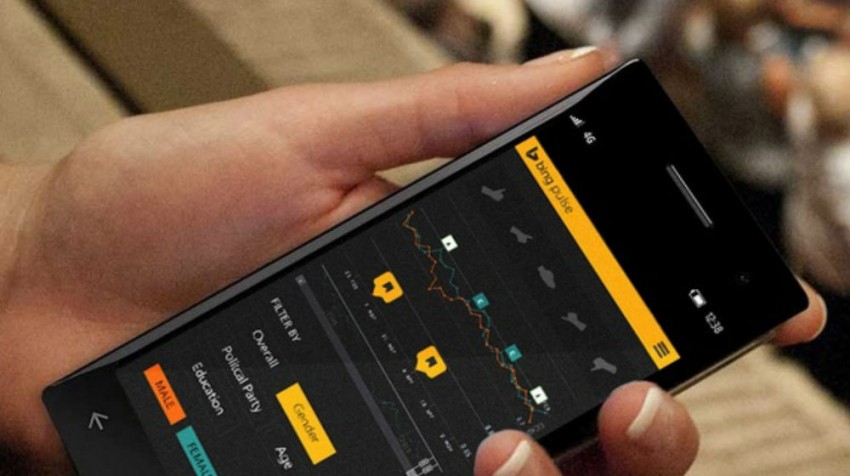 Are you worried the webinars you’re hosting are getting a little boring? Was there a part of a conference you organized that was particularly interesting to participants? A new tool from Microsoft called Bing Pulse 2.0 could give you those answers instantly.

The company recently released the beta version of Bing Pulse, called Bing Pulse 2.0. This technology has already been used by cable news companies and other large organizations to measure the mood during a presidential addresses and other real-time events. The concept is similar to the dials that focus groups or test audiences have historically used to indicate their feelings about a presentation or program.

Microsoft is making the beta version of this app available for free until the end of January 2015, according to a TechCrunch report. After that, Microsoft plans to make Bing Pulse a freemium app. The free version will allow users to gather basic feedback from their events. Premium versions will give users access to more detailed information.

Check out how Bing Pulse was used by CNN during the recent address to the nation by President Barack Obama on the terror network, ISIL:

The tool could be especially useful for small businesses or entrepreneurs who conduct a lot of webinars, training sessions, and other conferences. If you plan to use Bing Pulse at your event, you simply have to set up what information you’d like to track. Then direct your audience to visit a webpage where they can constantly give you feedback when they’re prompted.

Once participants or attendees are at an event and logged on to the Bing Pulse site, they’ll start to be prompted for their reactions and responses. This data can range from a simple like or dislike to more specific information. As a way of keeping your audiences engaged, you can get feedback on specific events. For example, you can find out whether they like or dislike a specific presentation or presenter.

On the official Bing Blog, the company writes:

“Bing Pulse 2.0 beta features a highly flexible producer dashboard that puts the organizer in control of the experience by allowing them to easily set up, customize and control a Bing Pulse. This includes allowing their audience to provide real-time feedback throughout the event, pushing poll questions to the audience at any time, and customizing the look-and-feel of a Bing Pulse, including integration of social media handles or hashtags, to map back to their brand.”

According to Microsoft, when your conference or presentation is complete, you’ll be able to comb through the data and make adjustments to future events based on the information Bing Pulse gathered. But developers say the information is presented in real time, too, so you can make adjustments as the event is going on, if you wish. Results from your polling during the events can be viewed privately. Or they can be displayed on a large screen during an event. Information is presented in graphics and other easy-to-read formats, Microsoft says.