Did Your Christmas Tree Come From Canada? 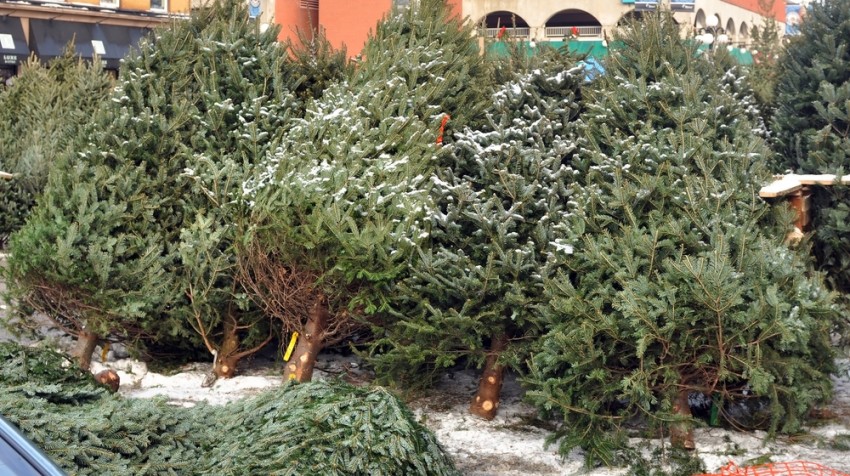 If so, you wouldn’t be alone. Last year about 1.5 million Christmas trees sold in the U.S. hailed from across the border.

Why are Canadian Christmas trees such a popular U.S. import? Well, there are actually a number of reasons.

First, as the U.S. economy bounces back, the appetite for imports increases. And, yes, that includes Christmas trees.

Second, the hard economic times following the Great Recession caused U.S. growers to scale back because of poor sales. It’ll take them a while to catch up with the rebounding demand. And that leaves an opening for — you guessed it — Christmas trees from Canada!

Add to this the fact that Balsam firs, a popular Yuletide choice, grow naturally along Canada’s Atlantic coasts. So, while U.S. growers may need between eight and 10 years to grow a Christmas tree, Canadian exporters could, in theory, cut them down in the wild. That would be a major time saver when rushing to meet demand.

Third, the U.S. population is growing. And that growth is projected to translate into the need for an estimated 10 million more trees within the next three to five years. Again, it seems as if Canadian exporters are uniquely positioned to meet this demand — at least in the short term.

Oh, and let’s not forget one of the most important reasons. At the moment, thanks to the relative strength of the U.S. dollar, there’s more money in it.

Currently, the Canadian dollar, often called the “loonie,” is valued at just below 90 cents in U.S. currency. That means Canadian importers stand to make 10 to 15 percent more for their trees this year — estimated to be $2 to $3 more per tree.

“The wholesale price for trees has not changed in a long time, so to be able to increase revenues because of the strong U.S. dollar is really a great thing,”

So for the time being at least, it appears importing Canadian Christmas trees will remain a lucrative business.

That is, until U.S. growers catch up.