Coin Could Replace All Your Credit Cards — Nearly 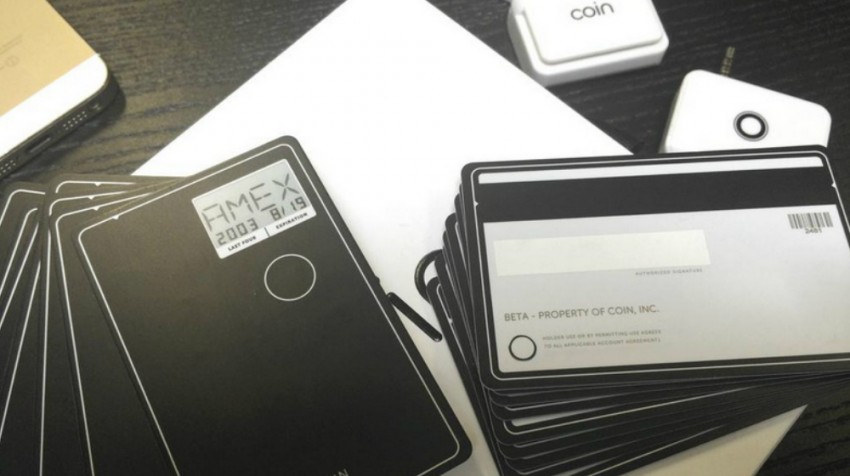 A Coin could replace all your credit cards — or nearly. That’s the universal Coin card, of course.

Coin is the exact same size as a traditional credit card. It’s got a plastic skin so it’s got the look and feel of a credit card, too. Inside however, is an electronic device that stores information you load onto it from a card scanner.

Coin sends all its users a device to swipe their credit and debit cards — basically any card with a magnetic strip — using a smartphone. Those cards are then loaded onto Coin. Users must also take a smartphone photo of the cards they load onto Coin. This information is stored on a user’s Coin card account.

Coin can store an unlimited number of cards but only eight can be active on the actual device at once. Choosing which cards are active on Coin can be done from a browser or mobile app.

A small readout on the Coin device can display brief details about any card that a user chooses for a payment. So, if you’re using an American Express card, the display will show AMEX. The display can also show the last four numbers of a card and its expiration date.

Coin can be used at any checkout or ATM that accepts a magnetic stripe card. It features a signature strip on the reverse to alleviate any worries a suspicious clerk may have seeing it. In addition to the signature area, a user’s name is also imprinted onto Coin.

For a small business owner who’s always swapping between using a personal card and a business card — sometimes both at the same checkout — the ease of using one card could be a benefit. There would be concerns however, on just how durable Coin is.

The company’s site says the card can bend a little but being an electronic device, excessive bending could damage it. There are only limited warranties available on Coin. And any damage inflicted by the owner is not covered by that warranty.

There is also an obvious concern about security. If your Coin card were to get lost, could a would-be thief get away with up to eight cards at once?

No, the company claims. If lost the card can simply be “locked down” and another person would have no way of accessing any of your payment data, Coin CEO and co-founder Kanishk Parasha tells TechCrunch.

In the video below, he gives an overview of how the technology works:

Coin initially surpassed a pre-order goal of $50,000 on its website in just 40 minutes last year. The startup has now raised more than $15 million.

After waiting more than a year, it looks like early adopters who pre-ordered the device back in November 2013 are finally beginning to receive their cards, according to a TechCrunch report.

You can still pre-ordering Coin on the company’s website. But the cost will be greater and the wait, presumably longer.

While early pre-orders of the device cost only $55, pre-order of the card today will cost you $100.