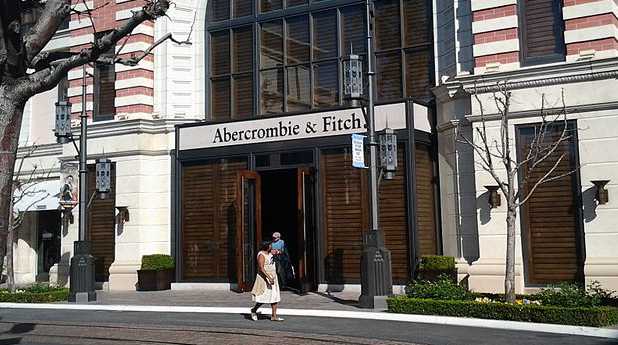 Jeffries became famous (or infamous) for statements made in an interview in 2006 and later recirculated in 2013 regarding the the retailer’s exclusionary attitude about its clothing line.

In an oft repeated remark from an interview with Salon.com Jeffries explained:

“Candidly, we go after the cool kids. We go after the attractive all-American kid with a great attitude and a lot of friends. A lot of people don’t belong [in our clothes], and they can’t belong. Are we exclusionary? Absolutely.”

The comment, though now eight years old, picked up new steam in 2013 with calls for a boycott on sites like Change.org.

The growing outcry also included the implication that Abercrombie & Fitch’s discrimination against certain kinds of consumers was not limited to social status.

It was revealed the the clothing retailer also did not offer plus sizes in any of its clothing.

And things got even worse as Hollywood celebrities like Miley Cyrus, Kristie Alley and Ellen DeGenerous joined the protest against the brand.

The kerfuffle eventually had the clothier crying uncle with Jeffries finally issuing an apology for his comments in late 2013. The company also announced that it would  begin offering plus sizes, a move it had thus far resisted.

The controversy was a giant-sized PR and marketing misstep for Jeffries, who somehow crossed the line between marketing to a niche and offending seemingly everyone.

“While there’s nothing wrong with target marketing from a business perspective, it was Jeffries’ attitude and the company’s policies that struck dissonant chords with consumers.”

The company is calling Jeffries departure both as CEO and from the board of directors a “retirement,” but adds it is immediate.

In the interim until a new CEO can be appointed, Jeffries’ role at the company will be filled by a newly appointed executive team.

In an announcement of the changes issued by the company, Martinez said:

“It is impossible to overstate Mike Jeffries’ extraordinary accomplishments in building Abercrombie & Fitch to the iconic status the brand now enjoys. From a standing start two decades ago, his creativity and imagination were the driving forces behind the company’s growth and success.”

However, in the announcement, Martinez also spoke of the executive team’s need to “revitalize” the company’s brands and business.

The Abercrombie & Fitch has already seen a jump in its stock with the announcement of Jeffries’ departure, Business Insider reports.
Image: Wikipedia