Nexus Need a Fix? Get the Device Assist App 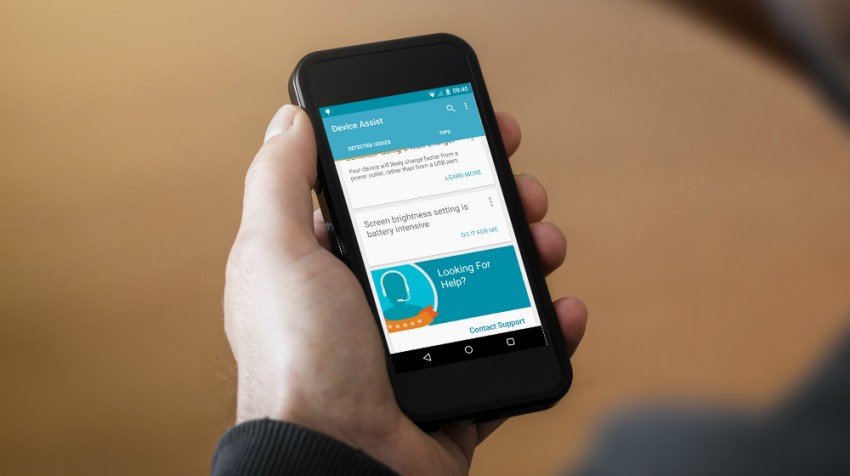 When your smartphone is on the blink, don’t you just wish it would fix itself? And being apart from your mobile device while its being repaired can also be bad for business these days.

For some Android users though, troubleshooting problems with their devices could be just an app and a few taps or swipes away. The Device Assist app from Google is basically an internal troubleshooter for a limited number of Android devices. The app is available for free from the Google Play store.

In the app description on Google Play, Google explains:

“Google Device Assist provides tips and proactive troubleshooting to help you get the most out of your device. Get proactive help with detected issues (GPS, connectivity, battery, etc.) Get tips to explore new features and improve the performance of your device.”

When downloaded, Google says the Device Assist app will make suggestions and try to identify problems assuming you own one of the Android devices for which it was developed. It also offers help on navigating Android 5.0 and even helps users to contact tech support when all else fails.

The idea of assisting users in contacting tech support for troubleshooting sounds similar to the “mayday” button that was included on some Kindle Fire tablets in 2013.

When the Device Assist app is opened, it is supposed to immediately try to identify any problems currently plaguing your device. It is also designed to offers tips for preventing future problems and to make recommendations on such things as optimizing battery performance to keep your device running properly.

Unfortunately, when we say the Device Assist app is only available on a limited number of devices right now, we really mean limited.

Gigaom.com is reporting that Device Assist is only available on Nexus devices, as well as any Google Play Experience and Android One devices running Android 5.0 (Lollipop). These are devices that run a version of Android skinned by Google.

For those with compatible Android devices, it seems the idea of the Device Assist app is welcome and it’s working. On the Google Play store site where users can download the app, it’s got a 4.4 star rating (out of 5).

It remains to be seen whether the current app will be expanded or a new one will be developed to troubleshoot other Android devices out there.