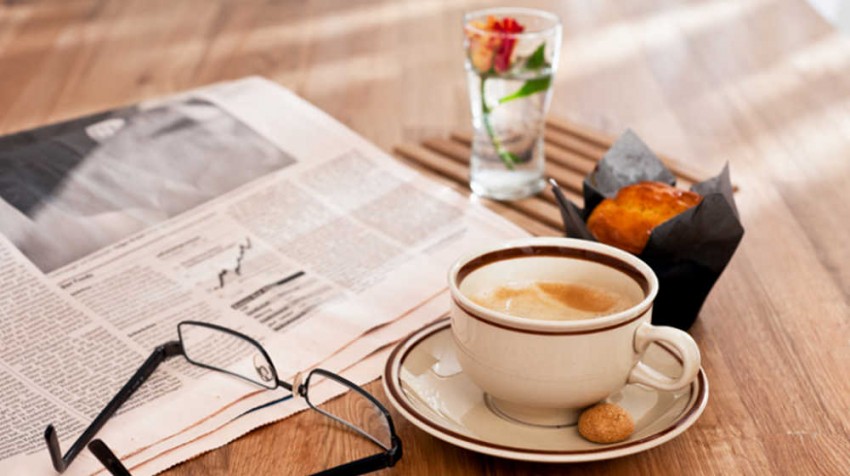 New mileage rates from the Internal Revenue Service and the review of a new dashboard called Dasheroo top the news this week. But  there are many other tech announcements, reports on the latest trends in entrepreneurship and other stories of interest to small business owners.

Not all investors are looking to take a gamble on the next Silicon Valley novelty. While those investments can lead to huge success, they can also be incredibly risky. For those investors that would rather help proven businesses than roll the dice, there’s Bolstr. Bolstr lies somewhere between a crowdfunding platform like Kickstarter and lending sites like LendingClub.

One of the most critical tasks of any small business owner is keeping an eye on the business’ vital signs such as sales and leads numbers, marketing campaign performance, inventory levels and so on. Unfortunately, gathering and analyzing this data is a time consuming task and time is something that’s always in short supply.

The public was first introduced to the power of IBM Watson when it took down the best human Jeopardy players set against it. Then the supercomputer slipped out of the public eye. Now, it’s back and ready to help some small businesses with big-time brainpower and data, IBM says. IBM has announced the release of IBM Watson Analytics in a public beta.

QuestionPro, an online survey company, has acquired RapidEngage, in a transaction that closed November 30, 2014. RapidEngage is a microsurvey application designed to increase engagement and conversions from website visitors. QuestionPro provides software designed to create, distribute and analyze surveys. The acquisition is a logical move for QuestionPro.

WiFi Medicine Could Soon Be Just What the Doctor Ordered

WiFi is not an extremely new invention. It has been quite a few decades since the first WiFi equipment was used. But that does not make the technology old either. Especially because it is an ever transforming one. With every passing day, the use of WiFi is experiencing new aspects. It is used in an extensive manner in almost every sphere of life these days.

Are you worried the webinars you’re hosting are getting a little boring? Was there a part of a conference you organized that was particularly interesting to participants? A new tool from Microsoft called Bing Pulse 2.0 could give you those answers instantly. The company recently released the beta version of Bing Pulse, called Bing Pulse 2.0.

Controversial Abercrombie & Fitch CEO Mike Jeffries is stepping down. Jeffries became famous (or infamous) for statements made in an interview in 2006 and later recirculated in 2013 regarding the the retailer’s exclusionary attitude about its clothing line. In an oft repeated remark from an interview with Salon.com Jeffries explained: “Candidly, we go after the cool kids.

In recent years there’s been a lot of talk about the difficulties small retailers face when it comes to competing. But we business owners are nothing if not resilient. So instead of fixating on the problems, for many of us our focus goes immediately to solutions.

Not many 25-year-olds find themselves running successful businesses. But Ben Harris did. He worked his way through college at various restaurants and thought he’d like to one day have a restaurant of his own. Though he didn’t necessarily think it would happen right away. Then, when his sister Anne introduced him to Sarpino’s Pizzeria, a worldwide pizza franchise, everything changed.

How This Entrepreneur Became a Billionaire Without Marketing

When an entrepreneur becomes a household name, that usually means he or she has made it big. But for Elizabeth Holmes, notoriety wasn’t part of her plan. In fact, part of her strategy was to specifically avoid gaining a lot of attention. Holmes’ company, Theranos, develops technology that allows diagnostic tests with a single drop of blood, drawn by a painless finger prick.

21-Year-Old Gets Startup Funding Thanks to Unique Accelerator

“Stay in school” is a pretty common piece of advice. But there’s one startup accelerator program that actually preaches the opposite. The Thiel Fellowship, founded by billionaire investor Peter Thiel, encourages brilliant young people to launch test businesses instead of waiting around to finish their degrees.

Husband and wife team Mark Hamilton and Anna Hess are self-proclaimed homesteaders and self-taught business owners. Using the profits from Hamilton’s invention, an automatic chicken/poultry waterer, they have been able to work from home — their initial goal. The Avian Aqua Miser started as just a way to make ends meet.

Build Your Own Mobile Device with Google’s Ara, Puzzlephone

Interchangeable components may be the key to a new smartphone revolution. Soon, you’ll likely be able to swap out a lagging processor for an upgraded version. A cracked screen will be no problem if you can just pop in a replacement. If a battery simply won’t hold a charge any longer, a new one can be substituted in a jiffy.

OnePlus One is a Bit Too Big for a Phone

A device which became famous earlier this year for a controversial marketing campaign is a bit too big to be considered a standard smartphone, says one reviewer. With a 5.5″ display, the OnePlus One is a bit too large to use comfortably without two hands. And this puts the device more firmly in phablet territory, writes Joshua Ho of AnandTech.

Mobile payments are on the increase. And one app in particular is responsible for processing hundreds of millions of dollars a month – the Venmo app. It’s a smartphone app, it’s free, and it’s replacing cash in a lot of everyday situations. Venmo was used to conduct $700 million in transactions in the latest quarter of this year, BusinessWeek reports.