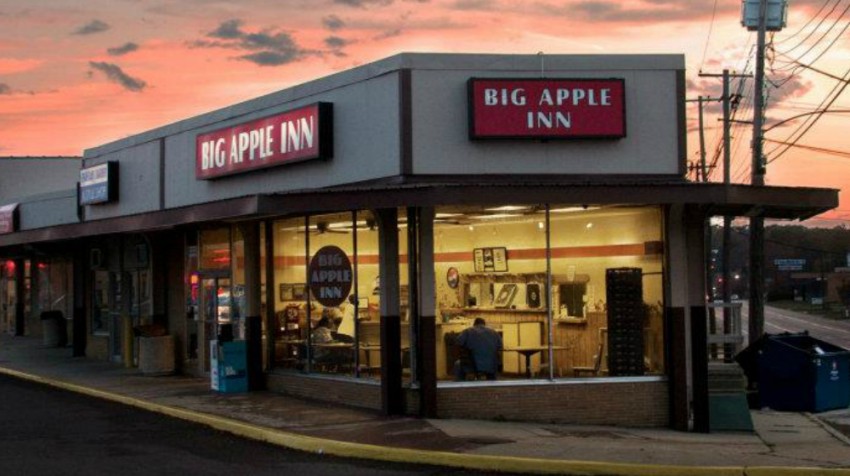 Talk about making a silk purse out of a sow’s ear. The founder of a popular restaurant is responsible for one of the most unusual sandwiches around. That’s because he built his business on an ingredient others were throwing away.

Back in the 1930’s Juan Mora, also known as ‘Big John’, owned a tamale cart that he pushed up and down Farish Street in Jackson, Mississippi.

Mora sold tamales at 12¢ a piece until he eventually saved enough to buy a restaurant he would later name the Big Apple Inn.

That’s right: this restaurant is famous for a sandwich that features a real pig’s ear. The popular local favorite was created by Big John decades ago thanks to a great deal he got just by being in the right place at the right time.

Lee says his great-grandfather was the kind of man who used everything. And that trait would come in handy after a chance encounter with a local butcher.

At the time, the man was looking to get rid of what was considered a less desirable part of the animal. (He originally supplied Lee’s grandfather the key ingredient for his restaurant’s signature sandwich for free!)

A pig’s ear has a texture much like slightly undercooked bacon and a taste to match. Those who taste it describe it as a bit chewy while still maintaining a crunchy outside.

The ears are wrapped around an al dente lasagna noodle to provide a contrast of texture and flavor. The ears are then served with slaw, mustard, and homemade hot or mild sauce on a soft bun.

Since its creation, the humble sandwich has created a huge following. It’s even been featured on Andrew Zimmern’s “Bizarre Foods America” and Anthony Bourdain’s “Parts Unknown.” See the clip below:

Lee says one of his favorite parts of working in the shop is getting to know his customers. And he’s done his share of community outreach too.

About 15 years ago, for example, Lee started opening his restaurant to neighborhood children, some from less than ideal homes, as a place to come after school. He tells the Jackson Free Press:

“I had the place full of kids, and we would get their homework done together, and I’d check it. I knew all their teachers — I was the one who had conferences with their teachers.”

One of these children that tugged at his heartstrings was a 5 year-old boy who was often left to fend for himself. Lee says the children who came into the restaurant were treated as though they were his own. In fact, one of the girls he tutored in childhood now works for the Big Apple Inn, and has for almost 16 years.

So the restaurant, like it’s now iconic if unusual sandwich, has certainly made itself a part of the community.