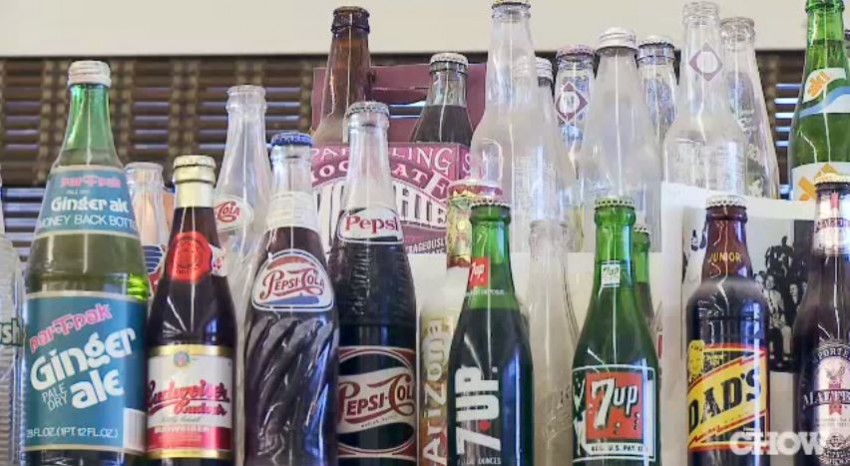 What started out as a family owned deli back in 1897 making Italian style sandwiches, has grown into a library of sodas with more than 500 options.

Galko’s Soda Pop Stop, also known as Galco’s Old World Grocery has since shifted its focus from Italian deli to sodas and beers. When store owner John Nese took over from his father back in 1995, he began collecting and stocking drinks created by other small businesses. He aims specifically to carry those made by small mom and pop stores like his own.

Today, the store specializes in small batch sodas and family created recipes. The store even has it’s own ‘Create your Own Soda’ bar, where customers can make their own flavor combinations and craft a soda to their own taste. As their website reads:

“Galco’s motto is ‘Freedom of Choice’ which mirrors Nese’s determination that customers have the right to choose from more than just a handful of mass-produced, big-business selections.”

In an interview with Chow.com, Nese stresses the importance of maintaining small business and helping them grow. He likes to spend time getting to know both his customers and his suppliers, and is more than happy to give suggestions to overwhelmed customers.

Among the interesting small brands customers will find Galco’s is Red Ribbon Root Beer, a soda still made with sassafras bark. There’s also Bubble Up, one of the few lemon and lime sodas still made with lemon and lime oils. Nese also tells the story of an espresso flavored soda marketed under the name Manhattan Special which he says has been by the same family in  Brooklyn since 1895.

Another independent bottler Nese recently discovered has been in business since 1926 and is run by a mother, daughter and two sons. Still another, from Romania, produces a line of floral sodas made with real pressed rose petals.

Nese says big businesses tend to run smaller competitors out of the market limiting choice and then increasing prices. As examples, Nese offers not only soda giants Coke and Pepsi but candy giants Nestles, Mars and Hershey.

Instead, Nese’s goal is to help other small companies like his own create unique businesses by granting them shelf space and in the long run give consumers more choices as well.

This goal, Nese says, is being realized not only with the company’s he buys from but with the small businesses that buy soda wholesale from his store as well.

For example, Nese says one restaurant that buys soda from him is doing a thriving business with the rose water sodas which he imports from Romania, and for which he is the exclusive U.S. distributor.

Meanwhile, another business just a mile away cannot sell the rose water sodas at all but has a constant demand for the Red Ribbon root beer he sells. The result is a vindication of Nese’s business philosophy. He explains:

“Isn’t this interesting, that everyone has found their own level and their own niche and they’ve done it on their own.”

Aubrielle Billig is a Staff Writer for Small Business Trends. She covers business as it is impacted by pop culture, entrepreneurs in the arts, and other topics affecting creative businesses. She has a background as an illustrator and her design page can be found at AubrielleBillustrations.
3 Reactions
Leave a Reply Cancel reply
Subscribe
Follow @smallbiztrends
RSS LinkedIn Pinterest iTunes