Build Your Own Mobile Device with Google’s Ara, Puzzlephone 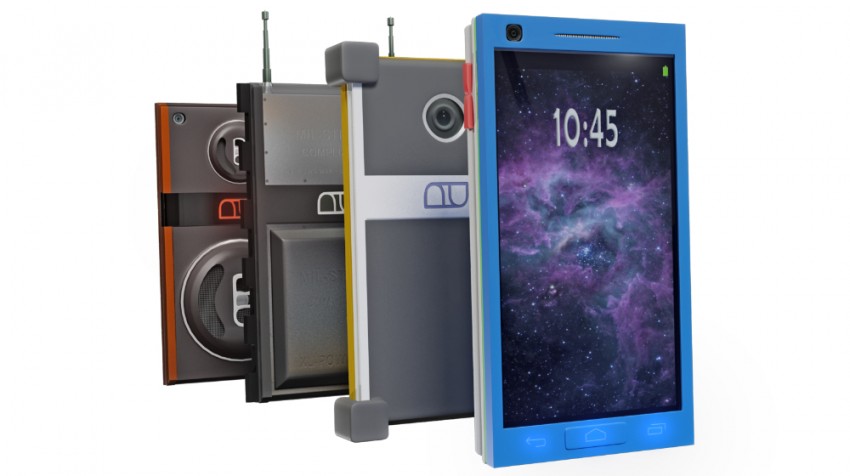 Interchangeable components may be the key to a new smartphone revolution. Soon, you’ll likely be able to swap out a lagging processor for an upgraded version. A cracked screen will be no problem if you can just pop in a replacement. If a battery simply won’t hold a charge any longer, a new one can be substituted in a jiffy.

New modular phones allowing you to upgrade features without purchasing a whole new device are in the research-and-development phase and could be in your hands by sometime in 2015.

One such innovative idea is the Google’s Project Ara. Project Ara is a proposed modular smartphone constructed of swappable tiles. These tiles control various key functions of the smartphone as a whole.

But, for example, rather than upgrading your phone’s camera by buying a whole new device, you can simply swap a new camera for the old by popping in a new tile.

The components (about 9 on a recent prototype of the Ara phone) communicate with each other and then the phone, as a whole.

Here’s an overview of Project Ara from The Verge:

Per the current plan, Google would only create the “endoskeleton” of Ara. Other developers would then create the components that snap into place using magnets. And the Project Ara team sees a new ecosystem evolving around the new phones in which these developers would sell new component tiles directly to consumers.

Meanwhile, a Finnish company called Circular Devices is working on Puzzlephone. While Ara contains more than a few parts, Puzzlephone has just three. And if something goes wrong with one of those parts or you want to upgrade, you can simply swap one for another.

The three basic components to Puzzlephone are the Brain, Heart, and Spine, according to a Wired report.

Here’s a quick rundown of each and how they work:

So far Puzzlephone remains one the drawing board and a prototype has yet to be developed. However, Circular Devices hopes to have phones in users’ hands by the end of 2015.

Initial plans are for Puzzlephone to run on Android. There is no indication whether an option could exist to run another mobile operating system like Windows Phone, Firefox OS, or even Sailfish OS in the future.