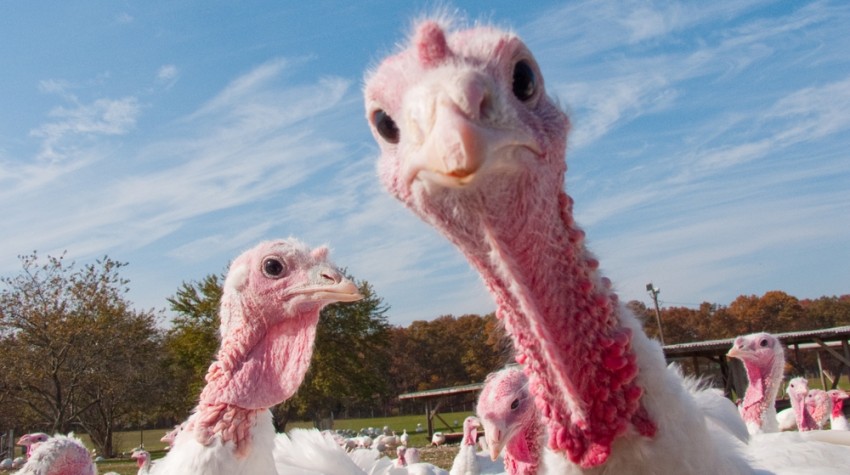 In a world where big businesses thrive by driving food prices down and lowering quality and nutritional value, Koch’s Turkey Farm is the exception. Located near Tamaqua, Pa., the small family farm has proven that quality products can be worth the extra money. That’s especially true when consumers are worried about making health conscious choices.

The Koch family farm was originally started by Duane Koch’s grandparents, Roscoe and Emma Koch, in the Tamaqua outskirts of Lewistown Valley in 1939.

Duane inherited the turkey part of the business from his parents Lowell and Elizabeth Koch in the mid 1990s. He has spearheaded the move toward a new niche market ever since. It is a business based on raising and selling free range turkeys that are hormone, byproduct and antibiotic free to Whole Foods Market.

See the Whole Foods video below with an overview of the farm and it’s unique product:

Koch says his turkeys are raised on an all vegetarian diet of corn and soya beans resulting in a juicer and more tender meat.

“Koch’s Turkey Farm started in the antibiotics free all vegetarian market before it was popular,” Koch said in an email interview with Small Business Trends. “But now that more and more large companies are coming into it, we hope all the specialty things that we do … our quality and growing consumer recognition … we hope the fourth generation can continue to have success as one of the last family businesses of our small size left.”

When Koch’s parents took over the turkey part of the family farm years ago, they had only two small pens of turkeys. They eventually increased turkey production to 180,000 birds a year. However, larger turkey companies were able to outdo Koch’s production and sell their turkeys for a lower price, putting a strain on the small family business.

About 18 years ago, Koch was able to separate himself from the commodity turkey market. He did this by researching and giving customers what he believed they truly wanted — a more natural bird. Today, the farm specializes in organic turkeys free from byproducts, hormones,  and antibiotics and raised on a vegetarian diet.

Koch says he takes his responsibility to both his customers and birds very seriously. For example, he has been a national leader in his niche market. As consumer awareness and fears of genetically modified organisms or GMOs in food grows, the small family farm has again led the way.

“Koch’s organic turkeys are non GMO certified and Koch’s turkeys are the only company in the U.S. that is Certified Humane to grow over 400 turkeys a year,” Koch said in an email. “Koch’s is also certified by Whole Foods’ GAP program level 2 for animal welfare,” he added.

Standing for Global Animal Partnership, the program requires qualifying farms to meet a higher welfare standard for the entire length of the life of the animals in their care.

Today, Koch’s Turkey Farm raises 3,000 to 4,000 turkeys for Whole Foods Market annually and employs between 90 and 110 people depending on holiday season demands.

As a small generational family business, Koch’s Turkey Farm has proven itself to be in step with the changing times. The company has stayed ahead of customer demand ensuring its continued success among a flock of corporate giants.

Shannon Lamoreaux is a staff writer for Small Business Trends. Even though she is from Rhode Island, she has discovered she is a true Southerner at heart, and she moved to Mississippi to obtain her bachelor degree of science in communication and journalism minor from Mississippi College.
6 Reactions
Subscribe
Follow @smallbiztrends
RSS LinkedIn Pinterest iTunes