Learning From Startup Failures Can Help Your Business Succeed 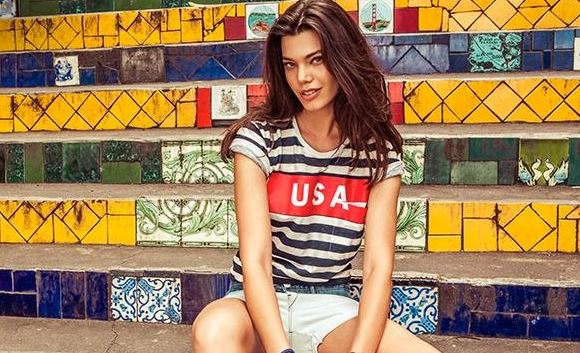 You can learn a lot about running a startup by hearing others’ success stories. But in some cases, learning from startup failures can be just as valuable.

That’s why Carolina Garcia, co-founder of Modabound, an online marketplace aimed at college students, recently spoke with a group of Future Founders. The idea was to share the story of her company’s failure in the hopes that it might help other entrepreneurs avoid similar problems.

Here’s how the company described itself on its Facebook fan page:

“Modabound is a college based fashion marketplace to buy and sell clothes with the people around you. It’s a social marketplace where you can buy and sell “local”, through a network of people that you can relate to and trust.”

The Modabound even created a promotional video to explain the basic concept to potential users:

So where exactly did this fairly simple idea go wrong?

Garcia says she’s done a lot of thinking about what caused the mobile fashion marketplace’s downfall in the interim. Initially, she attributed that failure to a lack of funding, one of the most common startup failure explanations. But when she dug deeper, she found a couple of other causes.

The two main problems Garcia uncovered upon closer examination were the company’s inability to monetize and its focus on customer acquisition over retention.

As far as the finances were concerned, the company initially utilized funding from investors while it built its user base. But instead of integrating a payment system early on, Modabound continued focusing on gaining users.

This meant the company had to continue asking for money from investors even though they had a usable product and a growing fan base. In a post on Medium, Garcia writes:

“When we walked back into their offices, one year later, they (investors) were thinking: ‘It’s you again! I remember I liked you two founders when we met in 2013 (they must have, no?!). You showed me a product with great traction last year, you went through TechStars and now you have a mobile product with traction too. But wait, you already proved that you could get people to use your product last year. Why are you still not making money? Will you ever be able to make money?’ And the honest answer would have been we don’t know because we never tried it.”

On top of that issue, Garcia acknowledges that the Modabound platform had some fundamental usability issues, which contributed to a lack of customer retention. She explains:

Modabound required users to message one another, arrange a meet-up and complete purchases in person. We figured that if students lived on the same campus or the same neighborhood, they’d be willing to meet up in person on short notice to buy clothes … But that was not the case. Most users had a difficult time arranging meet-ups; they got frustrated when other people cancelled or didn’t show up to a meet-up (understandably), and users only need one bad experience to decide that they’ll never come back.”

The customer experience wasn’t exactly as easy and seamless as the founders had hoped it would be. But Garcia admits now she neglected to tackle the usability issue at the heart of the site’s problems because she was intimidated and didn’t know how to fix it.

While Garcia says the failure of her business was painful, she insists entrepreneurs should always take the time to ask themselves why.

The answers can yield valuable lessons that can help avoid similar failures in the future and increase the chances of success.