What Would You Do with a Personal Drone? 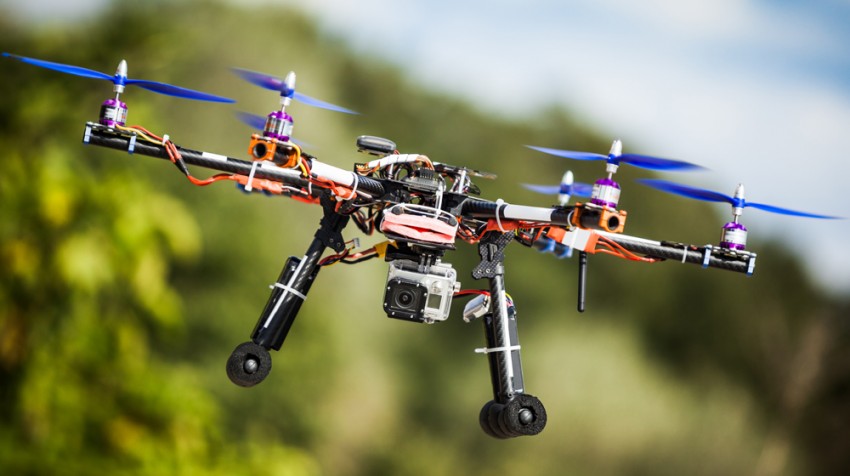 How would you use your very own drone? Would it benefit your small business in any way?

Drones may not be much of a reality now except as a way to neutralize potentially dangerous combatants in battlefield situation overseas. But over the next decade drones may become common place and as personal as the smartphone.

And, as in the case of smartphones, small businesses may end up being fairly heavy users.

Of course, how a small business might use a flying drone is still up to innovating minds to decide. There have been inklings that Amazon.com is considering use of drones to complete shipping orders.

But there is speculation drones the size of a smartphone weighing no more than a pound and flying no higher than 50 feet could be put to many other uses as well. Equipped with cameras, voice command capabilities and more, it’s not hard to imagine a drone leading an exercise class remotely for an instructor.  Or how about having a virtual  assistant who hovers at your shoulder, reminds you of important tasks and meetings as you go about your day and even scolds when you try to sneak that extra snack while dieting. Drones could also used to physically deliver important messages or even monitor attendance at a larger event.

Of course, if everyone is using a personal drone for his or own reasons own reasons, there could be some congestion. Imagine the complications in the workplace  or public spaces with hundreds or even dozens of small flying drones hovering about 50 feet above our heads.

But before worrying about that, there’s a question whether these personal drones will ever even get off the ground.

One of the major problems standing in the way of an ubiquitous drone society is the Federal Aviation Administration (FAA). Right now, FAA regulators are more than a little concerned about private citizens flying drones.

In a report for Motherboard.com, futurist  Zoltan Istvan writes:

“While I mostly advocate for ubiquitous personal drone use, I understand that few other technologies can create such a conundrum of issues in privacy and safety. And those issues must be dealt with, by all parties: the companies that create them, the government, and the public that will use them.”

A draft set of rules governing drones suggests the FAA will not allow anyone without a lot of money and a pilot’s license to fly one, especially for a commercial purpose.

If these rules are passed, it would be difficult and likely financially unreasonable for a small business to even consider the notion of a drone working as a flying personal assistant.

The silver lining here could be changes to those draft rules that place some kind of threshold on the size or type of drone needing special regulation and expertize. The drones that most small businesses might use wouldn’t need to hover much higher than just over your shoulder or over your head. And most would obviously be quite small.

Should FAA rules decree that only larger drones require licensing to fly, small businesses could begin developing innovative ways to incorporate them into their operations.

If that’s the case, how could your small business benefit from the use of a small personal drone?