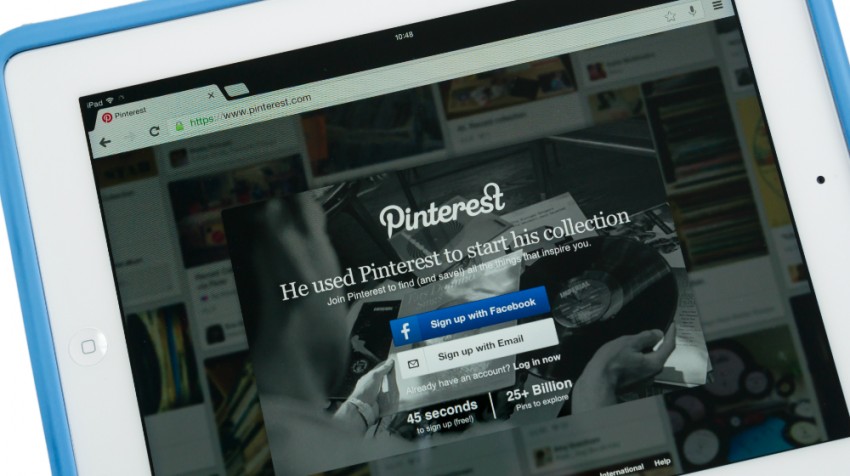 You may be surprised to know just how much Pinterest has grown in the last year. Sure, it had a meteoric rise from the very beginning. But new statistics released in October 2014 blew those figures out of the water. Some of these stats include:

Pinterest has been reported to be an efficient marketing platform in many verticals:

Pinterest is a quite unique platform too. For example, while Facebook is primarily aimed at connecting people to others they already know, Pinterest, on the other hand, is a purely visual platform that connects strangers to content. It is expected that this content will lead off the actual site, which accounts for how little time appears to be spent there. If you look at case studies of numerous Pinterest business accounts, you find the traffic referral rate is impressive in those who really push their campaigns on the site.

Images have probably been the primary focus of your Pinterest strategy up until this point. But while it should make up a decent percentage of your campaign, there is so much more you can do. So before you start on that latest infographic, or open up Photoshop to enhance that stock image, it might be time to try another tactic.

I am a self-confessed Slideshare junkie, it has to be said. Not only do I view a lot of slideshows there, but I post a number of them both professionally and personally. In my opinion, it is one of the most underrated social networks and content sharing services available today. If you don’t have an account there, you should rush over at the end of this article and open one.

Slideshare is pinnable in the same way a YouTube video is. If you pin directly from your slideshow page, it will create a still image of the title slide. Then users can view it there by pressing on the play button. Or they can just link back to the original, and view it there.

This is a great way to promote your slideshows, because there aren’t that many currently on the site, at least not in the numbers that you see for videos. So yours will stand out, and with some good keyword inclusion in the description field, it should bring plenty of new eyes. 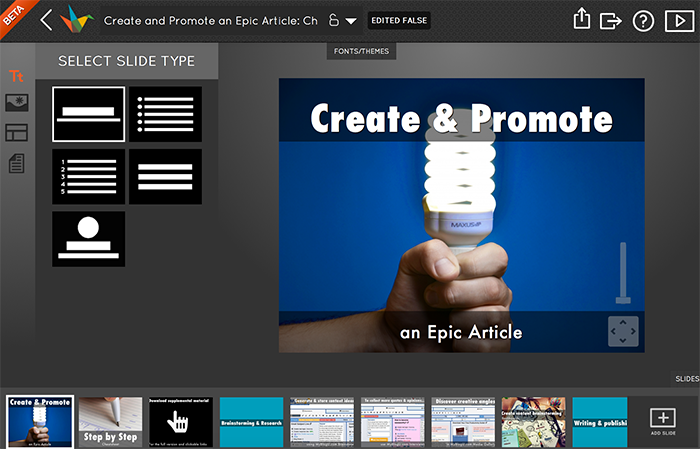 You have probably seen enough videos posted on Pinterest to know it is a viable option. But how do you optimize these yourself? First of all, you should only be sharing videos from YouTube or Vimeo. Those two formats are playable on the Pinterest site, so users can watch it right from the pin itself. That means they will always go to your pin to see it, and the videos goes right into their boards when they save them.

Another plus is that you get to select your thumbnail image, to create customizable descriptions (complete with keywords), and to edit your link to go to either the YouTube video or your website, and it is traffic gold.

I have seen people promoting the tip of just posting a link in a regular screen shot or customized title card image. But this is a soft option that doesn’t seem to get nearly as many benefits.

Tool: I use Animoto to easily put videos together (Freemium).

Podcasts, Music, Interviews, and Other Audio

SoundCloud is another under-utilized content marketing tool and few people realize it can be part of your Pinterest strategy. Putting your podcast on Pinterest is a great way to get the word out about it. I would say this is the most creative and brilliant use of Pinterest integration yet. 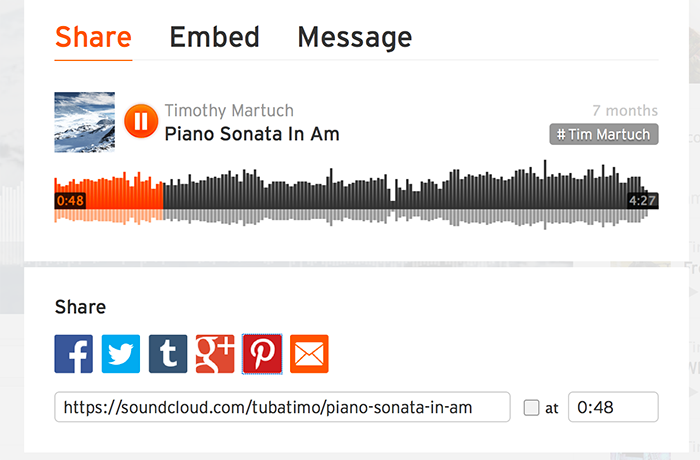 Keep in mind that Pinterest will automatically grab your podcast icon to put into your stream which means you should design your SoundCloud icon with Pinterest in mind.

Make sure the clip itself isn’t that long. They aren’t going to stick around to listen to the whole thing in Pinterest, so you want to get them to go to your SoundCloud account for the real deal.

Tool: Here are a few audio editor tools to try.

Putting This All Together: Consolidate and Expand

Now, how to keep up with so many media types and content formats? Let me give you an example of how to consolidate your content and creation efforts to target multiple channels. (This process can take you at least a month of marketing and re-marketing after just one research.): 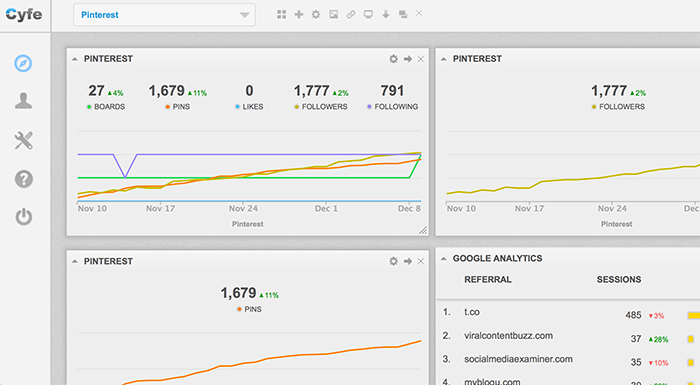 (The same dashboard can be used to monitor traffic, rankings and social media shares of all the media pieces you are creating and promoting.)

Another social media productivity dashboard I’ve been playing with recently is Oktopost. It also makes social media cross-promotion much easier to figure and organize.

Pinterest is a unique and fantastic tool for promoting more than just images. You can get creative and start really featuring your work there on a platform that has a huge number of users and is still growing by the day.