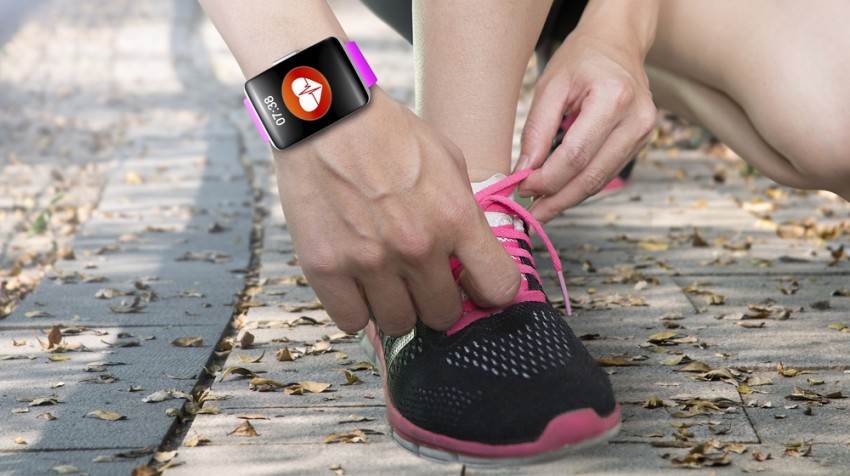 Tech wearables don’t have to be ugly. That’s something Amanda Parkes wants to help people realize through her work. Parkes is a fashion-tech consultant. Her company Skinteractive Studios works with different companies to develop garments and accessories that utilize technology as enhancements.

One example of her work is a bra that responds to body heat. So instead of using an underwire for support, the garment will mold to a woman’s shape and be much more comfortable.

She is also working to develop a stiletto heel prototype with Thesis, a shoe company founded by a former SpaceX employee. Parkes and Thesis are aiming to make high-heeled shoes more comfortable using non-traditional shoemaking methods.

Parkes is also advising on the development of Ringly, a gadget ring made to look more like a fashionable piece of jewelry while taking over some of the functions of a smartphone.

Recently, wearable technology has become synonymous with devices like smartwatches that are more functional than fashionable. And sometimes they’re even more of a novelty than a device that’s actually useful. But Parkes’s work is different. She aims to take the things that people wear and make them more functional using technology, rather than just attaching a smartphone to a wristband or pair of glasses. She told Fast Company:

“If you look out there, it’s basically Misfit wearables, the Apple Watch, the Fitbit — these are companies that are basically making gadgets that are attached to your body. That’s not innovation, really.”

So while a comfortable pair of high heels might not seem that technologically advanced, there’s a lot of work and innovation that can go into such a product. Technology has improved so many different industries. And the fashion industry is no different. Parkes is part of taking the fashion industry into the future. And people are starting to realize that you don’t have to sacrifice aesthetics to do so.