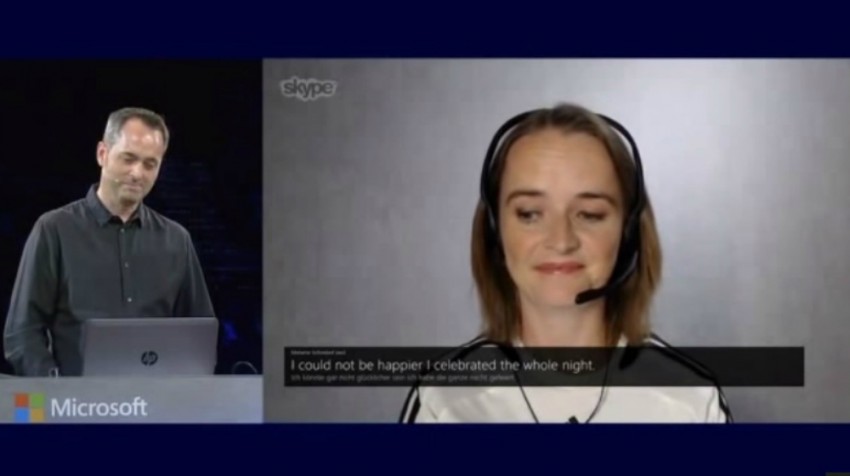 Going global? The Skype Translator app could help your small business reach around the world.

The app translates 40 different languages — in both directions.

That means you can converse with a person who speaks Mandarin Chinese, for example, even if neither of you understands the other’s language.

The translations are spelled out on the screen for you to review. They appear at the bottom of the screen where you might normally find closed-captioned text. A life-like voice speaks the translation as it appears on screen.

Microsoft, which owns Skype, says you can now register for a preview version of Skype Translator and be one of the first people to test it. So far Translator is only available for Windows 8.1 computers and tablets.

But Microsoft claims it will be making additional announcements as the application is supported on more and more devices.

Those interested in trying out the preview version can simply go to the Skype Translator home page and fill out some questions. Microsoft will then let users know if they qualify.

Microsoft unveiled Skype Translator earlier this year with a promise to have the app available by the end of 2014.

During a demonstration video, translations seem to happen rather quickly. There are only a few seconds delay between the time the speaker finishes and the time the recipient gets the translation. The demo shows longer conversations being translated, too. So Translator does not seem limited to just a sentence or two.

Watch the Microsoft demonstration video below.

If the Skype Translator app works as shown and proves to be effective at bridging the gap between two people who speak different languages, it could be big.

The tool could be a boon for small business owners planning to penetrate international markets.

Imagine being able to speak directly with a supplier in China or an IT team in India. Or for that matter, what if you could talk to customers in France or Germany without knowing their languages and without them being able to understand yours.

International opportunities for small businesses are increasing, especially in emerging markets. But one of the greatest boundaries is still the language.

For example, as Gail Gardner of GrowMap recently reported, two of the largest growth markets for small business could be China and India. However, with China in particular, the language barrier remains one of the greatest obstacles.

To the degree that they remove these obstacle, tools like Skype Translator could become incredibly helpful.

The question is whether the technology lives up to its billing. Also will small businesses be able to leverage these tools to build profitable relationships where language differences would have previously made it impossible.