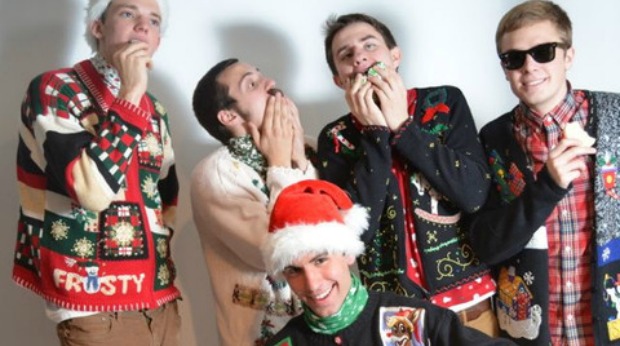 Most people don’t go out of their way to buy apparel they consider to be ugly. But over the last few years that has changed, at least around the holiday season.

National Ugly Christmas Sweater Day and ugly sweater parties have gained popularity in recent years. At first, people had to ask their grandmas or scour the racks at thrift stores to find sweaters with gaudy bells or cats wearing Santa hats. But now, retailers big and small have grabbed onto the trend and made it much more accessible for everyone.

Though you can find ugly Christmas sweaters at nationwide chains like Forever 21 and Target, small businesses are also taking advantage of the market.

Anne Marie Blackman is a former stay-at-home mom with a computer science background who picked up on the ugly sweater trend back in 2008. She first got the idea while scouring Google Trends for things to sell on EBay so she could help pay for her kids to go to college. She headed out to some local thrift stores to stock up on ugly Christmas sweaters, along with some extra supplies to make them even uglier.

That year, Blackman sold 50 sweaters on EBay, ranging in price from $50 to $150. And her business has grown every year since. To date, Blackman says that her company, My Ugly Christmas Sweater, has sold about 25,000 ugly Christmas sweaters and made over a million dollars in revenue. That’s been enough to put her two kids through college and create a full-time, year-round business.

Jack McCarthy is another entrepreneur making a living selling ugly Christmas sweaters. In fact, he has done so since he was in eighth grade. Last year alone, he earned about $50,000 from selling sweaters on his site, UltimateUglyChristmas.com. And although he doesn’t plan on selling ugly sweaters forever, he doesn’t think the industry is going away anytime soon. He told Businessweek:

“Competition picks up every year. But so does demand.”

So it seems that in this one specific market, uglier is better. And anyone with access to some thrift store sweaters and a little business savvy can achieve success.