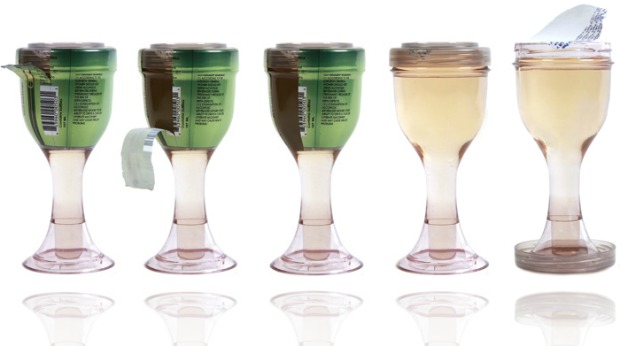 The company makes a wine-by-the-glass product that is covered in a protective wrapping to increase its shelf life. Zips came to Shark Tank seeking $2.5 million for 10 percent of the company, which it received from Kevin O’Leary along with some other contingencies. To date, the company has raised $8.5 million from 25 backers, including six former Goldman Sachs partners.

Not every Shark Tank investor was enthusiastic about the idea though. Co-host Mark Cuban wanted nothing to do with it. He said, as reported by Inc:

“I’m not a wine connoisseur, but even then, I would drink MD 20/20 from a quality perspective over a brand with a zipper named Zipz. Huge mistake. I’m out.”

Regardless of the objection, the company received its money it was seeking. The deal surpassed even a previous high water mark of $2 million investmented in Ten Thirty One Productions, a company that creates live horror attractions.

Even though single-serve wine from a company called Zipz might not appeal to wine connoisseurs or people with a selective palate, it seems to meet  a particular need. The packaging, in particular, offers an innovative solution for people who like to enjoy wine without going through an entire bottle. The company’s founder Andrew McMurray tells Inc:

“In single-serve wine, shelf life is king. In our opinion, our packaging is going to become to the wine industry what the aluminum can became to the soda industry.”

Time will tell whether the idea really takes off. But beyond investment, the revenue the new product has already made certainly seems to point to some kind of demand. Thus far, Zipz has racked up about $650,000 in sales over the course of 16 months. And with the right investment, something it seems the company will have no trouble raising, there may be no end to the product’s possibilities.

Annie Pilon is a Senior Staff Writer for Small Business Trends, covering entrepreneur profiles, interviews, feature stories, community news and in-depth, expert-based guides. When she’s not writing she can be found exploring all that her home state of Michigan has to offer.
18 Reactions
Subscribe
Follow @smallbiztrends
RSS LinkedIn Pinterest iTunes