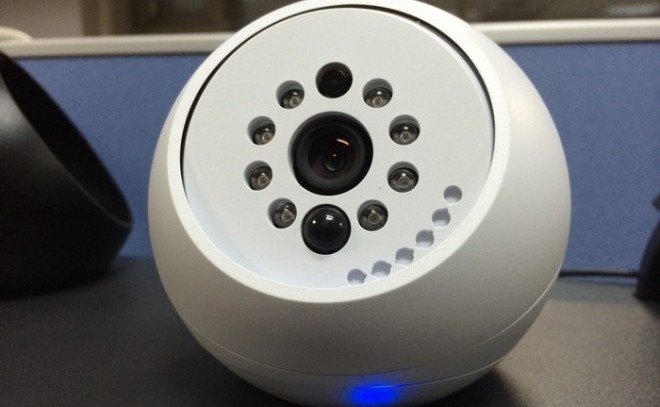 With IP cameras flooding the market nowadays it’s hard to stand out. But Amaryllo has found a way to set its iCamPro FDH apart through crowdsourcing. Amaryllo claims the iCamPro is the world’s first robotic home security camera, able to see, hear, and track intruders. Amatyllo says it’s using an expensive technology usually only available to the military or professional security systems. That technology is being made an affordable and realistic option for homes and offices, the company says.

The camera itself gained attention at CES 2015, winning Best of Innovation for its ability to search for and track movement even in darkness. Amaryllo boasts a camera with a multiple-sensor network allowing for 360 degree auto tracking. It doesn’t matter what direction the camera is facing. It can detect movement and swivel around to catch it, the company says. With the use of an app, the iCamPro can send images and updates to your smartphone so you can see what’s going on while you are away.

Check out this video for an overview of the device:

Standing at just over three inches, the camera is small enough to fit in the palm of your hand. And it can be installed on a flat surface, the wall, or the ceiling. The company boasts its camera is equipped with a high powered CPU to avoid video and audio delay. iCamPro’s firmware continuously updates it’s performance and features through the app.

The iCamPro Kickstarter campaign was not an ambitious one, with a goal of only $1,000. Yet the company has gained over a thousand backers pledging over $200,000. Another campaign is also running on Indiegogo with almost identical results. In all the company has raised over $430,000 with these two campaigns combined.

It’s possible Amaryllo has hit upon an effective marketing strategy that other businesses may seek to emulate. The company is already established with its own product line. So it’s doubtful the funding is needed to launch the iCamPro. Instead, the company has used the interest gained by two crowdfunding campaigns to generate both pre-orders and exposure for a new product.