Keurig’s Recent Misstep Shows How To Destroy a Brand 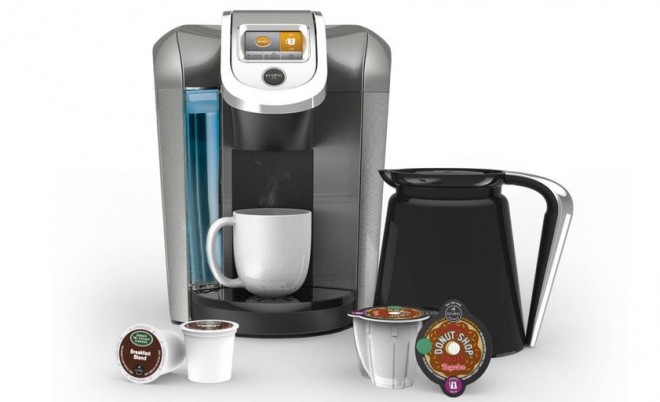 And the backlash is making this look like a big misstep for the Keurig brand.

One of the things customers loved about Keurig coffee makers was the single-serve K-Cups. Instead of brewing an entire pot of coffee that might not get finished and just grow stale, coffee drinkers could pop a K-cup into their Keurig. There they could brew just one cup and be on their way. There were even refillable K-Cups so customers could use any coffee they chose. And of coure, third party providers started coming up with cups that worked with the machine.

This new method was revolutionary. However with Keurig 2.0, the company has implemented the use of “Digital Rights Management” or DRM computer chips. Basically this means Keurig can now control what pods are used in its machines. And the new machines only accept official Keurig K-Cups. That means no more reusable K-Cups and no more third party cups if you don’ happen to like the selection Keurig has to offer.

In an official statement, the company says:

“In order for us to deliver the best experience within our most advanced system to date, Keurig 2.0 features smart technology that reads the pack lid and recognizes the type of beverage pack that has been inserted.

This technology offers distinct consumer benefits of automatic adjustment of brew temperature and size control depending on if a K-Cup pack or K-Carafe pack is inserted, which ensures a quality brewing experience and allows for the same one-touch simplicity consumers love about Keurig.  Every K-Cup pack beverage option and brand that was available for previous Keurig brewers — and many new additions — is available for the new Keurig 2.0 system.”

Keurig is claiming their new K-Cup system will result in a better cup of coffee. But some customers are just frustrated. They see it as a scheme to make more money off the company’s more expensive K-Cups. Customers also don’t appreciate being limited on the coffee they can use.

Keurig claims it wants to work with customers by offering to  replace older K-cups that don;t work with the new machines. The statement goes on to explain:

“Since earlier this year, we’ve been transitioning all of our K-Cup pack inventory to include the new interactive technology on each lid of the pack. We anticipated that some consumers who purchased a Keurig 2.0 brewer may have older, non-transitioned K-Cup pack stock in their pantry.

We planned accordingly and provide explicit instructions and a phone number on the brewer touch screen to immediately assist consumers in getting in touch with our Consumer Care team, who will quickly replace outdated pantry stock for new Keurig 2.0 consumers free of charge.”

Even though Keurig is willing to replace old K-Cups for free, customers are still angry at the limitations and added expense of the new system.

This has led to an increased number of YouTube videos showing “hacks” around the DRM system. A rather simple and clever move of cutting the lid off of an official K-Cup and placing it on your own pod seems to do the trick. Third parties are also coming up with products to work around Keurig’s DRM.

But in the end, Keurig seems to be destroying its brand through the misuse of DRM. Customers don’t appreciate being told how they can use their coffee makers. It’s a mistake for a company to think it still own its product even after it is purchased.

Even though Keurig 2.0 sold well — it could be Keurig’s downfall if they don’t learn from this and fix their mistake.

Tabby McFarland is a staff writer and web researcher for Small Business Trends. As a staff writer she specializes in social media, technology, special interest features, and e-commerce. A geek at heart, Tabby loves to be online interacting with the blogging community. Tabby is a WAHM (work at home mom) and is also an avid Pinterest enthusiast with a strong sense of style and creativity.
18 Reactions
Subscribe
Follow @smallbiztrends
RSS LinkedIn Pinterest iTunes