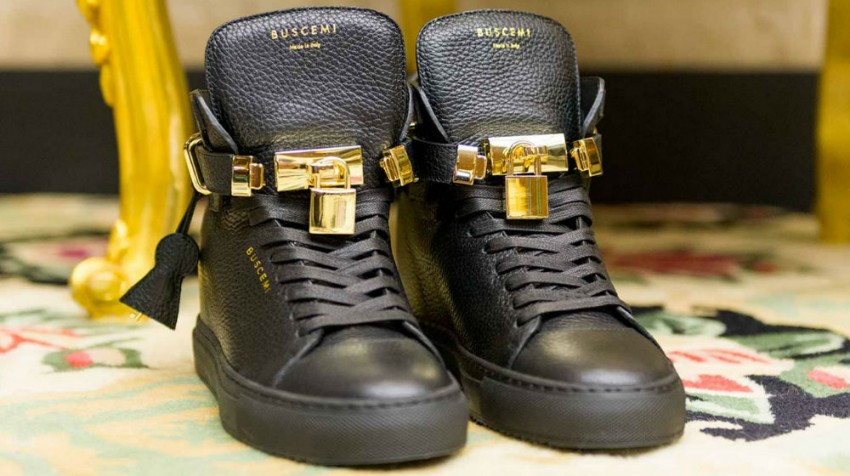 Jon Buscemi launched his first fashion line at just eight years old. He distributed the shirts and hats throughout his Long Island skate community. And even though he grew up to be a successful stockbroker, he never let go of the dream of having his own fashion brand.

In 2013, Buscemi distributed a limited edition of Italian-made leather sneakers with golden padlocks and miniature keys to select retailers including Barney’s and Neiman Marcus.

The extremely high-end Buscemi sneakers might not appeal to a wide range of consumers. And since most of the shoes are priced upwards of $850, they aren’t exactly accessible to most people anyway.

But it isn’t an accessibility that Buscemi’s brand is after. During his time working on Wall Street, Buscemi amassed a collection of more than 600 pairs of limited edition and exclusive trainers from brands around the world. And being from a diverse New York community, he also feels that his brand has a unique style to offer. He said in an interview with Forbes:

“Being from New York granted me an upbringing surrounded by style and class. I was surrounded by influences from different ethnicities, growing up on a block that had Italian, Irish, Hispanic, West Indian and Asian families all together. There was diversity everywhere — in music, food, style and even what people drove. Skateboarding was the catalyst for my adventurous side and artistic side. Wall Street gave me the access to make a few bucks and feed my style habits. My crew growing up were the fly kids and it was a competition on who had the best or rarest sneakers or the best denim jacket or trick on the board. We would get into a style and master it. It’s just my nature.”

Though clearly not for everyone, Buscemi sneakers offer a unique and exclusive option for those collectors and people who value this particular approach.

Buscemi was able to integrate his upbringing, business savvy and personal style into a niche business. And since the first release of Buscemi sneakers sold out within days, it seems to be a combination that is working.