3 Mistakes That May Damage Your Speaking Appearances 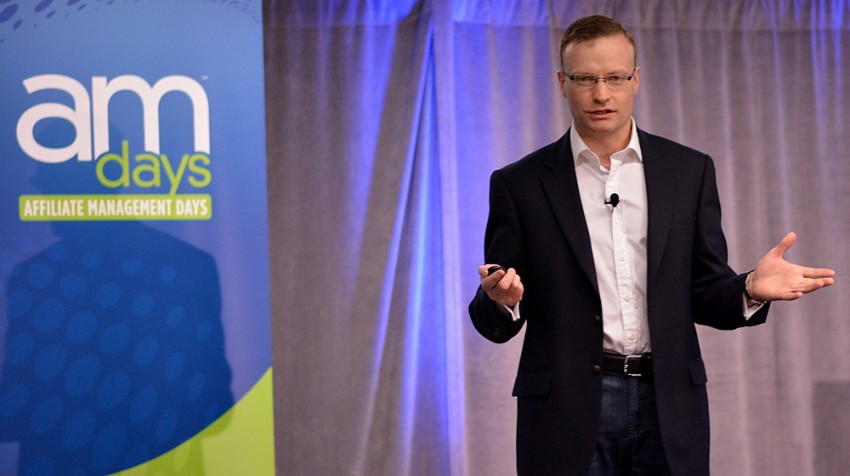 One of the best ways to gain visibility and credibility for your business is to get in front of your target audience – literally. Speaking at events which are respected and well-attended by your prospective customers can be a high-value marketing method. You gain visibility and a receptive audience — without seeming like you’re marketing.

And when you speak at events and freely share your expertise, you’re automatically positioning yourself as a thought leader.

We spoke with Geno Prussakov (pictured) for a few tips on what NOT to do before getting up in front of your audience.

Prussakov comes to the speaker world from two perspectives. First, he is himself a frequent international speaker who has spoken at numerous events worldwide. Second, Prussakov is also the founder and chairperson of Affiliate Management Days, an online marketing conference. As part of his role as founder and master of ceremonies, he chooses and evaluates other speakers.

In this interview, Prussakov gives the three deadliest mistakes he’s seen professionals make that impede the success of their performance as public speakers.

Mistake: Not Getting Enough Rest

Ensure that you get at least 8 hours of good rejuvenating sleep before the day you get up on that stage.

“If you are planning on flying on the day of your speech, learn from my experience. If the flight is three hours or longer, strongly consider flying in the day before. It gives your body and mind plenty of time to restore before you speak,” advises Prussakov.

Flying too long and rushing is counterproductive, according to Prussakov.

“More than once have I committed the mistake of flying across the United States, or from one European country to another, rushing to the conference venue and speaking on the day of the flight. While some may do well, those who are not doing public speaking for a living will find it significantly less stressful to fly in ahead of time – to give your body the rest it needs before another stress,” he adds.

Keeping well hydrated with fluids is also important. Prussakov advises drinking at least one cup of water per every hour of flight time.

Additionally, he says, when you are changing time zones, stock up on melatonin (a sleep hormone which is sold over-the-counter) to help you go to sleep regardless of the time difference.

Prussakov says networking is a voice killer. “Don’t get me wrong: I do love networking. However, somehow, nearly all “networking” events which I attend – from cocktail parties and meet-n-greet type of events to karaokes – put such a strain on my throat that participation in them makes it significantly harder for my voice to perform at its best the next day or two.”

Often people talk for long periods of time and raise their voices at networking events in order to be heard, straining the vocal cords and throat. Prussakov advises speakers to make sure that any voice-challenging networking they participate in happens after appearing on stage, not before.

“I remember one situation where conference organizers kindly put together a beautiful pre-conference dinner for all participating speakers,” says Prussakov. “But due to the fact that there were nearly 50 people in the room, the noise level was so high that after speaking at the top of my lungs for an hour, I had to think up an excuse to leave to save my voice for the next day.”

He recalls one time when he wanted to try some locally-made spirits that affected him even the next day. “On one occasion, being led by this exploratory drive of mine, I agreed to have a couple of shots of a local drink made of pears — 100 proof. This was after my main keynote at the conference, but before a half-day workshop I was to hold on the following day. Sure enough, between the strain put on my throat during the keynote speech earlier, and the pear-based spirits, the next day I had to hold my workshop nearly whispering,” he says.

Prussakov recommends certain tea that helps your vocal cords relax and lubricate. He credits the team at Lynda.com for the tea recommendations.

“As I was recording my “Affiliate Marketing Fundamentals” video course and speaking continuously for three straight days, the good team at Lynda.com opened my eyes to the teas. They don’t taste like regular tea, but for the sake of quality ‘sound extraction’ I highly recommend you give Throat Coat and comparable teas a try,” Prussakov adds.

You’ve now heard from a professional speaker and a conference founder responsible for choosing other speakers. Chime in below with your tips on what not to do immediately prior to speaking appearances.