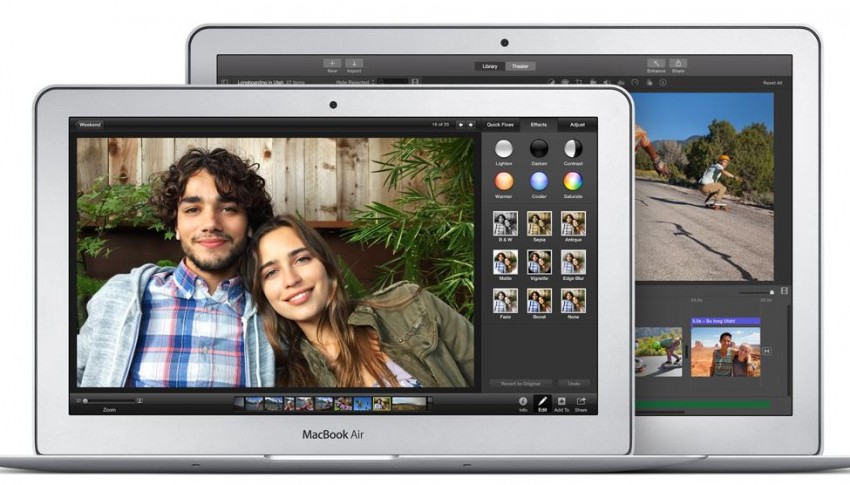 We’re getting closer to the release of the purported new MacBook Air.

And as we inch closer to the unknown date of its release, the rumor mill is really spinning.

Much of the hubbub over this new MacBook Air is focusing on its ports. Or more likely, its lack of ports. There’s also the likelihood that the new MacBook Air will check in with an all-new size, 12 inches.

Might this be the most affordable Apple laptop we’ve seen, too?

A lot of rumors suggest that the new MacBook Air will only feature a single port, a USB Type C connection. At least, that’s the consensus of reports gathered by Computer World and 9to5Mac.com.

That means no more standard USB port, and no SD card slot, either. There may not even be a MicroSD card slot. And the MagSafe connection could be gone as well, if rumors are true.

The Type C USB cord and port were unveiled late last summer by the USB 3.0 Promoter Group. The connector is closer now to mass production and as its potential inclusion in the new MacBook Air seems to indicate.

Type C USB cords are completely reversible. They’re similar in size to the current micro-USB cords but altogether different. The Type C connection will be able to complete faster charges and charges on bigger devices — like the MacBook Air. And it will be able to support 10Gbps Internet connections.

There will be a headphone jack somewhere on the new MacBook Air but outside of that, it appears that’s it for ports.

The possible introduction of the Type C port and lack of any other ports are news on their own, but there’s more coming from the new MacBook Air.

This will likely be the first 12-inch device in the line.

MacRumors.com suggests the new laptop will feature a 12-inch Retina display. Previous models have either been 11 or 13 inches.

And even though it’s just an inch different by the numbers, the 12-inch MacBook Air will be “considerably smaller” than the 13-inch version.

Apple has redesigned the entire body for the new laptop. The bezels surrounding the display are much thinner, so the display stretches nearly from one end to the other, according to 9to5Mac.com.

The keyboard will also be designed accordingly. That same report suggests the keys will extend from edge to edge. And to get all the keys on, Apple has had to scrunch them closer together.

All this is an effort to make the new MacBook Air slimmer. The 12-inch version is expected to be a quarter-inch thinner than the smaller 11-inch model.

Some reports also suggest that the new MacBook Air could be the most affordable Apple product yet.

The Verge is reporting that the new laptop could be in the same price range as some new low-end Windows laptops and Google Chromebooks.

We should hear officially sometime early in 2015 about the release of the new MacBook Air. But until then, rumors will have to do.