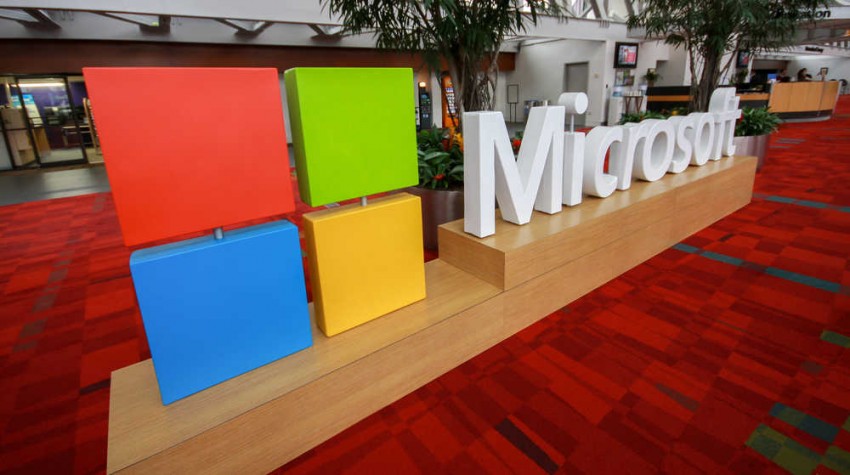 Technology has provided so many different tools for small businesses. And companies are constantly coming out with new solutions and offerings. This week, we looked at tech solutions from providers big and small. Take another look at the tech stories this week and the rest of our news coverage. Read on for this week’s Small Business Trends news and information roundup.

Wednesday, January 21st, 2015 was a big day for Microsoft. During a highly anticipated live Windows 10 briefing, the company unveiled not only aspects of the new operating system but two new products as well. The Microsoft Surface Hub and Microsoft HoloLens. Both are unlike anything the company has produced before and are designed with Windows 10 in mind.

The Grid Introduces Websites that Design Themselves

If you spend hours clumsily manipulating the design of your company or personal website, the advent of a product like The Grid could prove a giant time-saver. Based on its descriptions and introduction, The Grid is not just another drag-and-drop, easy-to-use website builder. In fact, The Grid doesn’t want you to drag or drop anything more than your content.

We’re getting closer to the release of the purported new MacBook Air. And as we inch closer to the unknown date of its release, the rumor mill is really spinning. Much of the hubbub over this new MacBook Air is focusing on its ports. Or more likely, its lack of ports. There’s also the likelihood that the new MacBook Air will check in with an all-new size, 12 inches.

What you know about the traditional desktop computer, at least on the surface — forget it. HP’s latest entries on the market aim to change what a desktop computer looks like. The company recently introduced the HP Pavilion Mini Desktop and the HP Stream Mini Desktop.

It’s a business owner’s dream. Imagine a personal assistant that will order lunch, manage calls, schedule appointments, take pictures at events, and even remind you of your anniversary. It certainly is nice to have a helping hand, but hiring an employee to do all this isn’t in everyone’s budget. One possible solution could be to buy a robot that can do all this for you.

After nearly waiting four months, fans are finally going to get a look at the Dell Venue 8 7000 Series tablet. This is the tablet billed as the thinnest on the market. But apart from its super-thin design, what may get more headlines is the device’s 3D camera. Dell has included the Intel RealSense Snapshot Depth Camera on the Venue 8 tablet.

LG is trying its hand again at a curved smartphone. It may be one of the few times when the sequel bests the original. The company is following the unimpressive debut of the LG G Flex with the LG G Flex 2. The G Flex 2 was introduced at the Consumer Electronics Show in Las Vegas.

No More Tipping at This Pittsburgh Restaurant

A Pittsburgh eatery has done away with one of the most common practices in the restaurant industry. Bar Marco announced last week that it will eliminate tipping and instead pay its full-time employees a living wage. Full-time servers at Bar Marco currently make $5 per hour in addition to tips, which is above the state-required minimum wage for servers.

Startup Even to Provide Paycheck Insurance for Freelancers

Employment in America is changing. Where workers used to spend eight hours each weekday at the same desk and make the same amount of money each paycheck, many now experience both more flexible working conditions and less reliable income. Freelancers, entrepreneurs, tip-based employees, and contractors all deal with potentially fluctuating cash flow.

It’s always good to know how much cash you have on hand. It’d be even better to know how much cash you can expect to have at the end of the week or even at the end of the month or beyond. The Small Business Workbench financial projection bundle and its collection of apps, released last year from Small Business Payments Company, can do all these things.

It used to be that if you wanted to start a business you had to get a bank loan or bootstrap it yourself. Those days are no longer, as more and more non-traditional lending sources continue to pop up. And more entrepreneurs — particularly young entrepreneurs — are taking notice.

When a Bad Yelp Review Gets You a Bigger Discount

Umano Reads Articles Aloud So You Can Listen on the Go

It’s not everyday that I come across a content and mobile marketing game-changer, but that’s exactly what happened when I discovered Umano. Best described as a “content platform,” Umano serves up “The largest library of free audio articles” to folks who download its mobile app.

I went to use my tablet recently and had to remove a slight layer of dust. It had accumulated ever since I upgraded my smartphone to the HTC Desire 816. This is the mid-range offering from HTC. It can best be described as large. Like, very large. For people used to a top-of-the-line smartphone, this may not be the most remarkable device on the market, but its hardly a slouch.

Spotlight: They Told This Business Owner He was Crazy

When Michael Levy decided to get into the printing business by buying a Minuteman Press franchise, people told him he was crazy. Why? Print was an industry on the decline — supposedly. But that didn’t stop Levy. Technology and innovation can give a boost even to old industries.
Microsoft photo via Shutterstock