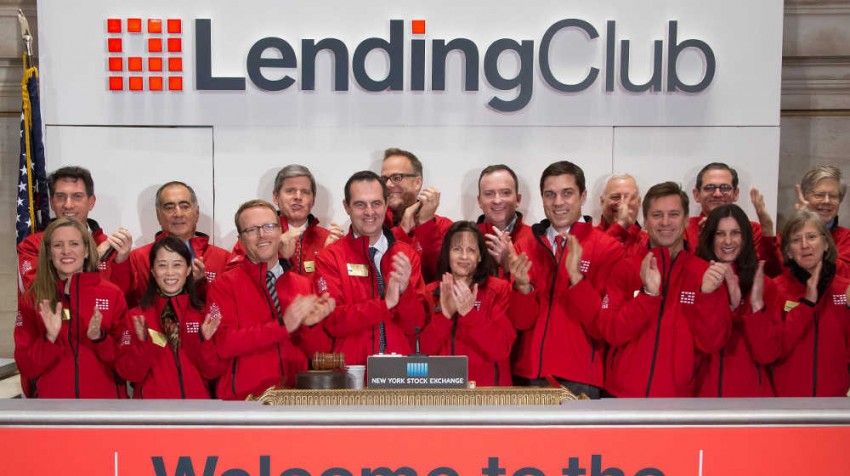 Getting small business loans can be difficult, particularly in today’s economic climate. But in recent years, some new options have completely changed the way some businesses go after financing. And this week, Google and Lending Club unveiled another option for small businesses seeking capital. Read about this and other small business news from the past week, in our weekly Small Business Trends news and information roundup.

Google Partners now have a new source from which to get some extra capital. Google and Lending Club have launched a low-interest loan program specifically designed for Google Partners.

The recent initial public offerings of the Lending Club and OnDeck Capital, have some observers claiming that online lending platforms will soon replace banks as a major source of small business credit. I disagree. Rather than substituting for bank loans, online lenders are filling a niche, providing capital primarily to small companies that previously had been unable to borrow.

It’s good to dream big. Growing your business, achieving more: these are things every small business owner strives for. But even the best laid plans can hit a snag and get derailed. Restaurant owner Angela Salamanca found herself in this very situation. Salamanca had the dream to expand her Mexican restaurant, Centro.

Success isn’t always achieved on the first try. More often the it comes following years of experience and some trial-and-error. Nobody wants to fail, but failure can be an excellent teacher. This is the case with Taiwan based company Qblinks. After several failed attempts to launch products through Kickstarter, Qblinks seems to finally have a winner.

Rounds Raises $12 Million, Allows Video Chat with Up To 12

Move over Skype. Step aside Google Hangouts. And to the likes of Viber, WhatsApp, et al, it’s time to make room for Rounds. Rounds is a video chat app that’s available as both an Android and iOS download. The platform allows for up to 12 people to participate in a live video chat. Even though it launched in 2009, it’s likely you may not have heard of this app.

Google Fiber might be coming near you. Google has confirmed that Google Fiber, the company’s gigabit fiber optic Internet connection, will be coming to four new metro areas. Construction will begin in eighteen cities across Atlanta, Charlotte, Nashville, and Raleigh-Durham.

Months after announcing their new wearable tech, Apple CEO Tim Cook has announced the Apple Watch is expected to be shipping in April. This new information was given by Cook during Apple’s latest quarterly conference call with investors. Apple certainly is doing well. The company can’t complain with 74.5 million iPhones sold and a quarterly revenue of $74.6 billion.

Samsung is bringing back fingerprint identification on its flagship smartphone, the Galaxy S6. The smartphone hasn’t been released yet but early indications are that Samsung is going to try again with fingerprint scanning. SamMobile.com is reporting that the new Galaxy S6 will use a fingerprint touch ID system.

Dell XPS 13 Could Be Alternative to MacBook

Laptop owners looking for a MacBook Pro at non-MacBook Pro prices may have a new offering from Dell to consider. If you’re willing to live without a few high-end pieces of hardware, the new Dell XPS 13 has a striking design and specs that won’t leave you hanging at an affordable price.

Small businesses relying on Adobe’s FormsCentral to collect information from their customers or employees will have to find an alternative soon. Adobe has decided to scrap FormsCentral. Why? After three years, not enough people were using the service to justify keeping it online.

How Developers Use installCore to Monetize their Free Software

You’ve worked incredibly long and hard to create your software. You’ve kept the company going through the development phase. Finally, your software is ready for prime time — and you’re ready to market it. Or maybe you’ve had a finished piece of software for a while, but want to get more financial return from it.

Solar Roadways Startup Hopes to Save The World

Ice and snow-covered and pothole-scarred roads are just some of the dangers on the road, especially this time of year. Imagine an end to all that but more. Like, roads that pay for themselves, keep themselves above freezing, and could even power our homes and businesses. That’s a goal of Scott and Julie Brusaw.

Walk Off the Earth Band Gets Record Deal from YouTube

The dream of starting a band used to follow the basic formula. Play locally until you develop a following. Then get a manager. Then make a demo and hope someone discovers you and offers you ‘the big break’. However, with the introduction of the Internet, people can gain worldwide fame without leaving their homes.

How Smosh Gets 60 Million Visits a Month on YouTube

Smosh began back in 2002 when Anthony Padilla created Smosh.com. He says the name came from a friend’s misunderstanding of the word ‘Mosh pit’. Soon after, Padilla’s close friend, Ian Hecox, joined in. The duo began creating short animations which they uploaded to their website. They also uploaded content to Newgrounds, a popular animation and flash site.

Super Bowl XLIX is Feb 1, 2015. This year’s game is being held at University of Phoenix Stadium in Glendale, Arizona, just outside Phoenix. It features the defending champion Seattle Seahawks against the New England Patriots. The game is the culmination of a long season and billions around the world will be watching.

Strictly Bicycles Offers Much More Than Its Name Suggests

Strictly Bicycles, a brick and mortar shop in Fort Lee, New Jersey, is anything but. The retail outlet has offered customers much more than just bicycles for the past two decades. And that is part of the reason for the company’s success. Today the shop, often mistaken for a cafe by passersby, gets an estimated 1,000 customers a day.

5 Tax Incentives to Help You Find and Keep Customers

The NFIB Small Business Economic Trends December 2014 (PDF) shows that business optimism reached the highest level since 2007. And that many business owners expect to expand and anticipate increased revenues. To do this, it goes without saying (but I’ll say it anyway) that you need to retain existing customers and bring in new ones.

Must You Send 1099 Forms to Contractors Paid Via PayPal or Credit Card?

The deadline for mailing 1099-MISC forms to recipients this year is February 2, 2015. Here’s a frequent question we get here at Small Business Trends.

Gaming has become a huge industry over the last few decades. What was once just a simple, innovative console game has blossomed into so many different games, platforms, and businesses. There are even parties dedicated to the activity. Mobile Gaming Revolution is a company that provides mobile gaming parties to customers around the country.
Image: Lending Club