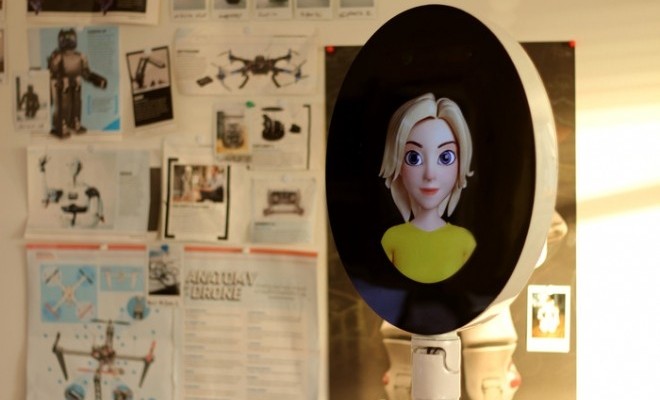 It’s a business owner’s dream. Imagine a personal assistant that will order lunch, manage calls, schedule appointments, take pictures at events, and even remind you of your anniversary. It certainly is nice to have a helping hand, but hiring an employee to do all this isn’t in everyone’s budget. One possible solution could be to buy a robot that can do all this for you. At least that’s what New York based company Robotbase thinks.

Robotbase is making some big claims when it comes to their Artificial Intelligence Personal Robot. True the company has not come up with a very exciting name, but it is an intriguing project. Robotbase claims their robot is a personal assistant, photographer, storyteller, telepresence device, and a home automation system. They are promising a lot packed into one machine.

There is no telling exactly how effective this personal robot will be but it is boasting some impressive sounding features. It is suppose to be capable of features such as voice and face recognition, room mapping, and deep learning algorithms, to name a few. It certainly will be interesting to see just what this robot is capable of once it officially hits the market.

The company is currently seeking funding through Kickstarter so they can begin production of their Personal Robot. The campaign has not attracted very many backers, but those that are interested have certainly shown some strong financial support. It didn’t take long for Robotbase to reach their original $50,000 goal. They now have raised more than $115,000 with just over two weeks left in the campaign.

For more information about the Artificial Intelligence Personal Robot and the Kickstarter campaign in support of it, check out the video below.

It’s certainly not the first robot of its kind to be presented on a crowdfunding platform. With campaigns such as PadBot, JIBO, and Luna, the market is becoming a bit on the saturated side. It seems Robotbase is taking a risk to introduce another personal robot, especially one that comes with a heavy price tag. However, at the moment it seems to be working for them.