How Smosh Gets 60 Million Visits a Month on YouTube 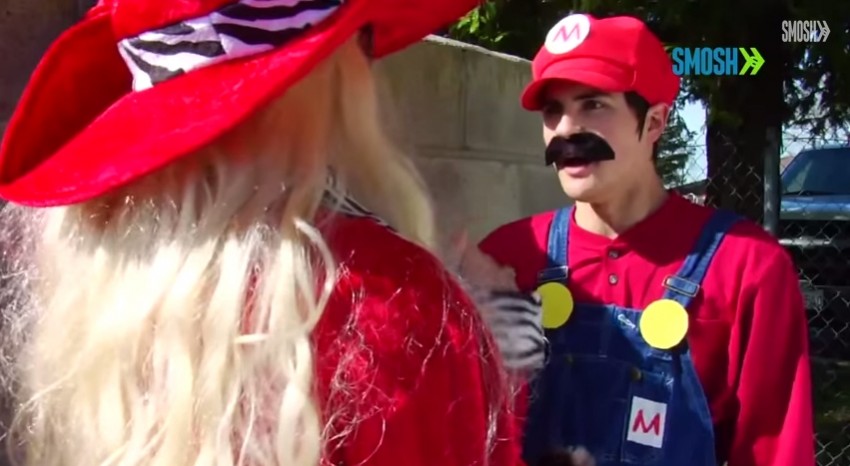 Smosh began back in 2002 when Anthony Padilla created Smosh.com. He says the name came from a friend’s misunderstanding of the word ‘Mosh pit’. Soon after, Padilla’s close friend, Ian Hecox, joined in.

The duo began creating short animations which they uploaded to their website. They also uploaded content to Newgrounds, a popular animation and flash site. However, traffic to their site was limited as they had yet to get their name to the public.

With the birth of YouTube in 2005, the team began uploading lip-syncing videos to the popular theme songs of shows like “Teenage Mutant Ninja Turtles” and “Power Rangers.” Originally these videos were not meant to be posted online. But after encouragement from their friends,  Padilla and Hecox decided to share them with the world.

The duo’s version of the “Pokemon” theme song in November 2015 brought in more than 17 million views, more than any other video on YouTube at the time. And their popularity skyrocketed. In fact, the BBC named them among the ‘First Superstars of Web TV’ back in 2006. And since then they have continued hitting milestones.

Arguably one of the most important was becoming the most subscribed to YouTube channel in the U.S. in January 2013. The ranking was based on stats from noted metrics site VidStatsX. Even today Smosh is outranked only by YouTube’s own Spotlight channel.

Today, the Smosh brand is responsible for eight active channels on YouTube. These include:

The two are the highest ranking public figures among the 13 to 18 age group, according to a survey commissioned by Variety in July 2014.

They have expanded to get their own magazine and movie deal. And they are reported to earn more than $4.5 million annually. Their content has grown to include regular shows, like Honest Game Trailers and several animated stories (featured on their Shut Up! Cartoons channel.) But their site, Smosh.com, has much, much more.

Their page began as a forum and was lucky to see 30,000 in user traffic each month in the beginning. It’s true their site may predate YouTube. But the duo might never have gained the popularity they have today, had it not been for the video sharing site.

Thanks to the growing media platform, they have been able to expand their audience at an unprecedented rate. Combined, their channels have a subscriber count of over 30 million. And that translates to more than 60 million page views to their website each month.

According to former President of Smosh and current head of content at the brand’s parent company DEFY Media, Barry Blumberg, the website has an identity all its own. While videos from the multiple YouTube accounts are still included, many of the articles are completely unrelated. And they feature more ‘Buzzfeed-like’ content catering to what teens and young adults find interesting.

Although Padilla and Hecox are considered the ‘faces’ of Smosh, one of the main points of the website is to provide content that all its viewers will enjoy.

“While a lot of people like Anthony and Ian, not everyone does. The vast majority of the content on the site has nothing to do with the YouTube channel, but is still entertaining for our audience.”

Over the years, Padilla and Hecox have grown into arguably one of the most popular online video brands to date.

Their secret? It’s about having the right content to fit each of their individual media platforms while maintaining the overall feel of the brand throughout.

In the beginning, this meant searching for editors and writers for the website able to capture the feel of the channel and translate it into different kinds of content. The end result is a brand that continues to grow its audience using various channels online and beyond to reach them.