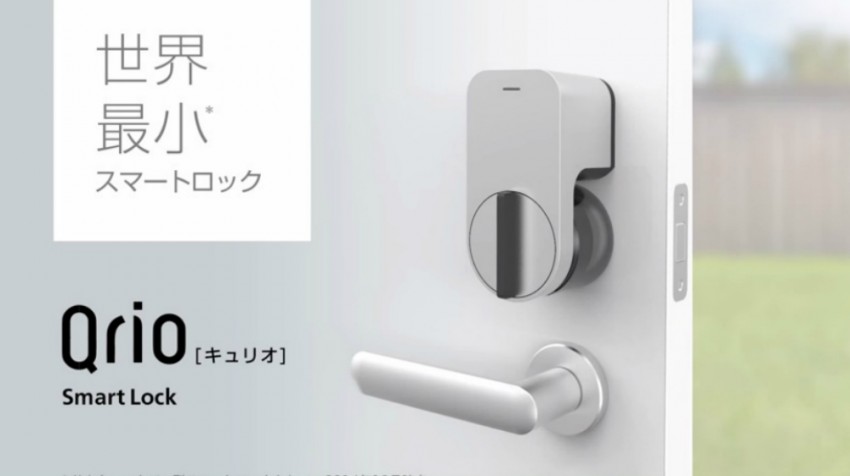 An approach up to now used by smaller companies and those with few resources, crowdfunding certainly wasn’t envisioned as a tool for giant multinationals.

But Sony’s use of the technique raises the question of whether this may become a trend for larger companies seeking to test reception of a new product early on.

And it also points to another important use for the strategy beyond just raising money. (After all, Sony doesn’t need funding to launch a new product, surely!)

This is the second time in less than four months Sony has introduced a product using the Japanese crowdfunding site Makuake.

This time the product is a door lock you can toggle using only your smartphone.

The project has already met its funding goal, Engadget reports.

The lock is known as Qrio, which was also the name of a robot Sony developed a few years ago.

Qrio is a device that fits atop existing door hardware. It almost looks like a boot for your current door lock.

There’s a dial that operates your door lock. The device works on four CR123A batteries. Sony promises that the batteries on the door lock work for 1,000 days.

Sony says that Qrio is very easy to install. Users need only to stick the device on their door locks, download an app to their smartphones and can soon lock and unlock an equipped door.

And rather than giving away keys to friends and family as one normally would, those with Qrio can just give out an access code which can be used to gain entry through a Qrio-locked door.

Introductory price for Qrio is equivalent to about U.S. $130. But another report from RocketNews24 suggests that the price for the device could actually be as low as $90.

The first known attempt Sony made to use crowdfunding to introduce a new product was with the FES e-paper watch back in September.

The watch is made entirely from a form of electronic paper and features a minimalist black-and-white design.

The approach was apparently an attempt to determine interest independent of Sony’s powerful brand in the marketplace.

This time too Sony is using another company, World Innovation Lab, to develop the keyless lock in another apparent attempt to distance itself from the product — at least initially.

But the strategy, if a new trend, is one that could be employed by smaller businesses too.

Simply, crowdfunding is an easy way to develop buzz and to test the market.

If you’re wondering whether there is interest out there for a new product, why not try crowdfunding? Whether you need the money or not, there’s no better way to get customers to vote with their wallets.