Strictly Bicycles Offers Much More Than Its Name Suggests 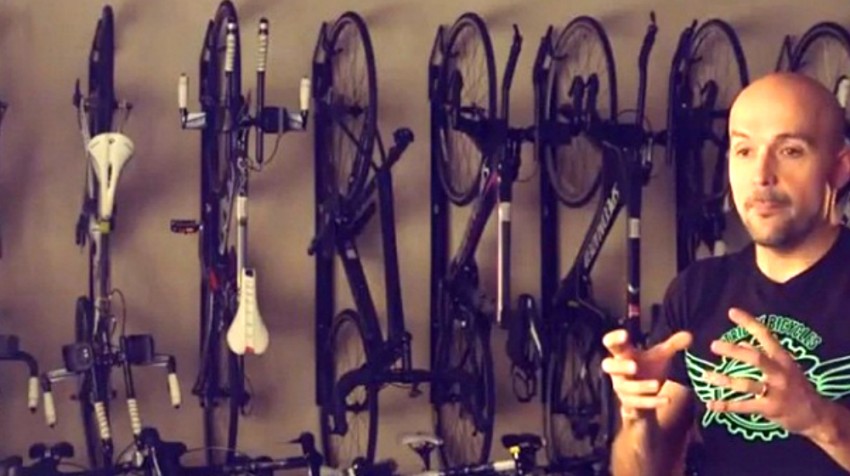 Strictly Bicycles, a brick and mortar shop in Fort Lee, New Jersey, is anything but. The retail outlet has offered customers much more than just bicycles for the past two decades. And that is part of the reason for the company’s success.

Today the shop, often mistaken for a cafe by passersby, gets an estimated 1,000 customers a day. People come through to grab a quick snack while cycling, check out the bikes or just use the restroom. It’s become more than just a bike shop. It’s become one of the most popular stops along one of the most well traveled cycling routes in the country.

Located along the 9W, the iconic cycling route that connects New Jersey to New York, Strictly Bicycles has evolved from a dream into a multi-million dollar business.

Owner Joanna Gutierrez started cycling at age 14. By 19, he had already put in some time working at a cycling shop and had realized his life’s calling. He decided to purchase a ‘hole-in-the-wall’ retail location and open a shop of his own. His grandfather helped him secure a $20,000 dollar loan, and Strictly Bicycles was born.

For the first few years, he relied on family and personal connections to other cyclists to keep his business alive. And through hard work and word of mouth, he and his wife were able to open a second shop with a better location in Hudson Terrace.

Cycling hadn’t yet gotten popular, but the amount of people coming down the 9W was beginning to increase. Gutierrez decided to remodel his dream store. He wanted to give cyclists a place to relax, and an outside coffee bar that offered a view of the path so they could see their friends. And the changes would help transform his business forever.

After the store’s face lift, which included landscaping, outdoor patio and cafe seating, people began to stop in more and more. Today, the business is still growing, and even plans to install a second building next to the Hudson Terrace location for office space and fitting rooms.

Popularity hasn’t gone to the owners’ heads, and they remain faithful members of their local community. The shop often donates bikes and accessories to charity raffles and local police forces.

“You have to give people a home so that they feel like they’re buying from their family.”

Gutierrez’s approach, in an era of big box stores and online shopping, has been to build not just a bike shop but a community. It has become a place for bike enthusiasts to gather, not just a place for them to buy things.