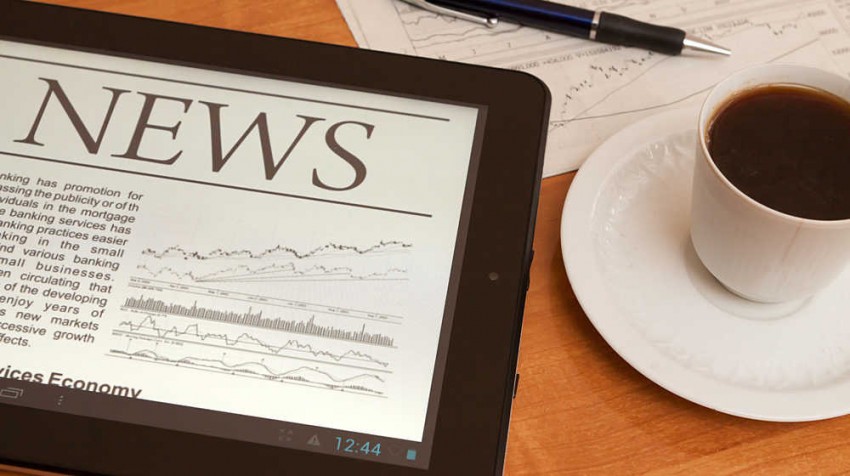 The 2015 Consumer Electronics Show brought announcements about new tech tools this week, from new smartphone models to luggage locks and even headphones. Those announcements lead the list of headlines for this week’s Small Business Trends news and information roundup. Read on for the rest.

LG Announces its Bendiest Phone Yet at CES 2015

LG has unveiled the new G Flex 2 at CES 2015. This curiously curved smartphone with its bending properties is already known for its design. (LG is calling it the company’s bendiest phone, yet.) But, the company claims the phone’s main selling point is its durability.

Startup company Digipas has unveiled its new smart luggage lock at CES 2015. The company says the  eGeeTouch Smart Luggage Lock secures luggage without the use of keys or combination codes. Instead, the lock allows proximity access via Near Field Communication enabled smartphones and tablets or through RFID.

Small business owners who are bounding from hotel to airport and the other way around put a lot of stock in their luggage. But keeping valuables in your travel bags may not be the best idea, especially if they’ll be out of your sight for any period of time.

A new headset aims to make you a better listener … with a clearer voice, too. Tech startup ONvocal used the Consumer Electronics Show in Las Vegas to debut the Mix360 Noise Cancelling Headphones. But calling this device a headset really is a mistake.

If your small business is still saddled by the cost of international calling, there’s a new player in the VOIP wars. Call+, a telecommunications app created by Webaoo USA Inc. has recently announced free unlimited landline calling to 16 countries, including the U.S. So that goes for any small business paying too much for both international and domestic long-distance calling, too.

HP is taking the the big, bulk desktop computers and shrinking them. At CES 2015, HP announced the Pavilion Mini and the Stream Mini. HP says these desktop PCs are small enough to fit in the palm of your hand but still deliver full desktop performance. The Pavilion Mini comes with an Intel Pentium or Core i3 processor, Windows 8.1, up to 8 GB of RAM, and up to 1 TB of storage.

Kodak is expecting to release a smartphone, a tablet and a smart camera later this year. The company formally entered into partnership with the Bullitt Group to manufacture the devices. Bullitt will produce the devices and attach the Kodak brand to them. Kodak and Bullitt unveiled their first smartphone at the CES 2015 conference this week.

Isis Brantley possesses a unique skill that’s helped her earn a living in Dallas, Texas. But she’s been in a legal battle with the state of Texas since 1997 over her desire to practice and teach others her craft. Brantley does African hair braiding. Her passion is to preserve African culture in the African-American community.

Doorstep Delivery Brings Other Restaurants to Your Door

Food delivery has always been about ease and convenience, but the limited selection of pizza, subs and Chinese food can become repetitive. So a delivery service that offers more variety to take-out customers to break up the monotony is an obvious niche. Doorstep Delivery (Doorstep D) seeks to solve this problem for both customers and restaurants.

It’s a new year, but consumers’ attitudes toward spending and saving haven’t changed much. In fact, the latest U.S. Consumer Sentiment Survey from McKinsey finds that despite a steadily improving economy, Americans’ penny-pinching ways have gotten even worse in the past few years.

What’s better than plain old cookies? How about cookies sandwiched around ice cream? Well, if you live around a CREAM shop, you’re in luck. The ice cream sandwich shop first opened its doors in Berkeley, California in 2010. And since then, the company has expanded to nine different locations throughout the state. And it’s expanding even more in the coming months.

Will You be Taking Part in These Future Small Business Trends?

This year will be an important one for every small business as powerful trends shape the direction of the economy. Here are the shifts that companies can expect: Less Employees, More Freelancers. The nature of work has profoundly changed. Small businesses now are easily able to match new revenue to needs in increased resources.

Is Your Business Ready for Dimensional Shipping Rates?

FedEx and UPS are putting a premium on the space available in their delivery vehicles.  Expect to calculate “dimensional shipping” for packages in 2015. And as a result, some small businesses could see an increase in their shipping costs. The change to a new “dimensional” weighing system for packages went into effect at UPS on Dec. 29, 2014. At FedEx, it is now in effect as of Jan.

Clusters of vivid purple flowers called water hyacinths bloom in large quantities along the Niger Delta. The flowers add some beauty and color to the water’s surface. But they actually do far more damage than good. Aside from limiting access to waterways and causing problems for fishermen, the aquatic weed also depletes nutrients from the water, which can reduce fish populations.

17-Year-Old Wants to be the Next Social Media Mogul

Max Beaumont was just 10 years old when he built his first website. At age 12, he built an award winning game called Project Boom. And now, he’s aiming to be the next social media mogul. Beaumont’s latest project is a social network called Chains. It will allow users to create 10-second videos to share with their connections but also includes a very collaborative element.

Parallel Revolution Creates Shirts that are Green and Stylish

A new brand has its sights set on a better way to make clothing. But, for a change, the focus seems to be as much on the way the clothes look and feel as on the environment. Parallel Revolution is the brainchild of Jake Wade, a recent graduate of California State University, Chico’s entrepreneurship program.

COLAs and Their Impact on Business Tax Rules in 2015

While the types of tax deductions and credits remain fairly constant from year to year, the numbers change annually. Dollar limits, eligibility restrictions, and other figures are adjusted annually for inflation. Inflation has been low, so adjustments are modest.

There’s a good chance that you’ve used YouTube videos to learn new skills at some point. Online videos offer pointers for everything from writing to cooking to using certain types of tools. Now, there’s a new base of users that can benefit from the information in YouTube videos. And they aren’t even human.

Credit card companies, banks, retail stores and e-merchants are lining up to accept Apple Pay. Now, Apple’s chief competition in the smartphone arena may be on the verge of its own mobile payment system. Samsung has reportedly been talking with the startup company LoopPay to develop a rival to Apple Pay.

Japanese conglomerate Sony is again using crowdfunding to introduce a new product. An approach up to now used by smaller companies and those with few resources, crowdfunding certainly wasn’t envisioned as a tool for giant multinationals.

The business news photo via Shutterstov