The Grid Introduces Websites that Design Themselves 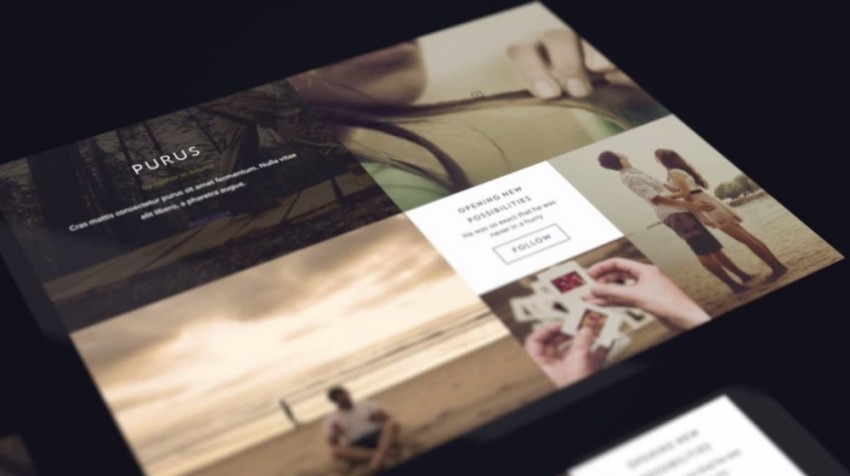 If you spend hours clumsily manipulating the design of your company or personal website, the advent of a product like The Grid could prove a giant time-saver. Based on its descriptions and introduction, The Grid is not just another drag-and-drop, easy-to-use website builder.

In fact, The Grid doesn’t want you to drag or drop anything more than your content. Rather than you focus on your site’s layout and design, The Grid has it handled.

The Grid uses artificial intelligence to constantly evolve the design and layout of your site. If you want to post new photos to your site, just post the photos and The Grid will adapt your site to the latest content.

The same goes for adding content from other sites you’re visiting on the Web.

Like many other site builders out there, The Grid can place your social media feeds on your site, too.

Instead, The Grid only requires you to provide photos, a description, and a cost for an item. The service will set up the back end, including the shopping cart.
Here’s an overview of how this unique builder works:

The Grid CEO and co-founder Dan Tocchini tells TechCrunch the service is like having your own personal graphic designer. That designer is always thinking about your brand and trying to present it in the best light, says Tocchini:

The Grid can even crop photos using an intelligent face detection technology. It adds these photos into the layout of your site when it’s done making its changes.

Of course, The Grid doesn’t have a mind of its own. Users can select layout filters that help the program decide what type of post goes where and how it will look.

The site designs produced by The Grid will also be device responsive, so your site will be viewable on a computer, a tablet, or a smartphone, Tocchini said.

The Grid’s website indicates the service will be ready by late Spring and the e-commerce platform will launch later in the year.

TechCrunch suspects that The Grid will be available first to those who backed the company’s October 2014 crowdfunding efforts.

An annual fee of $96 is required to sign up for The Grid initially. The company says the usual monthly rate will be $25. Early backers of the company’s crowdsourcing campaign were able to take advantage of an $8 per month fee at the reduced rate.