Why This CEO Left His Job to Create Priority Bicycles 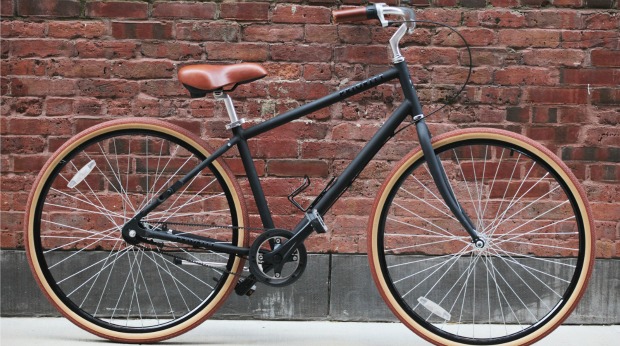 As kids, most of us dream about our future careers as astronauts, ballerinas or other professions. But many people let go of these dreams at some point between childhood and adulthood. They change paths or realize some more practical dreams. For Dave Weiner, however, childhood passions and practical dreams merged to fill a very unique business niche.

As a kid, Weiner loved riding bikes. And he continued to display a passion for riding as an adult. In fact, he commuted to and from his job at Cole Systems Associates on the west side of Manhattan on a red Schwinn bike for nine years.

Then, at age 34, Weiner decided to quit his job to start Priority Bicycles, a startup that makes bikes for casual riders. The model Weiner designed has nearly impenetrable tires. And doesn’t require all the maintenance that many other bikes do.

But leaving a steady job to start a business is definitely a risk. And at the time he quit, Weiner had worked his way up through the ranks at his company all the way to CEO of the North American branch. He told Inc:

“A lot of people thought I was insane. Some of them came out and said it, and others — you could see that look in their eye.”

The decision was not an impulsive one. Weiner had actually been planning out the business for years. He had an existing knowledge of bikes from his years of working as a mechanic at different bike shops when he was young. So he took that knowledge and came up with a bike concept and business plan during his years in the corporate world.

Weiner used a Kickstarter campaign to launch his company earlier this year. The campaign reached its goal of $30,000 in just a few hours. In total, the campaign raised $556,286. And orders are still coming in.

Weiner’s story is a good reminder that  childhood dreams and passions need not be left behind. They can become the fuel for entrepreneurship with the proper planning and vision.