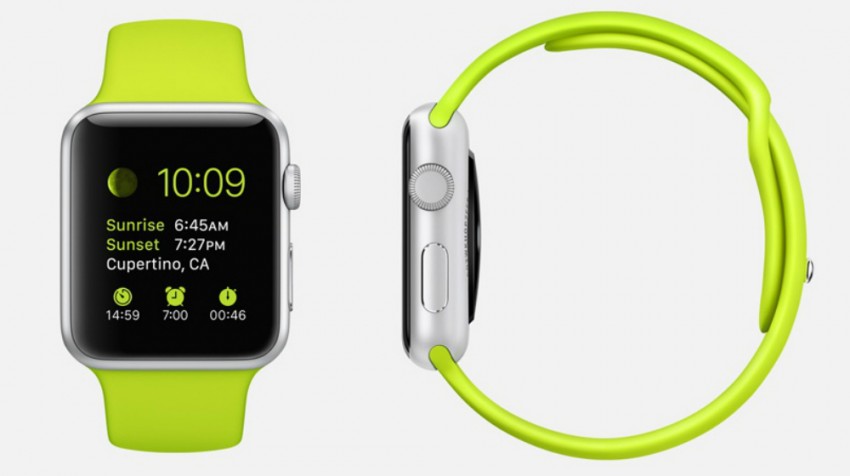 If you’ve been waiting and waiting, you’re definitely counting the time on something other than Apple Watch.

Apple first showed us the company’s premiere wearable device months ago. It was the same time the company brought us the new iPhone 6 and iPhone 6 Plus.

Since then, Apple has been mum on news concerning Apple Watch. That is until recently, when CEO Tim Cook emerged during an investors’ conference call.

There, he announced that Apple Watch will finally be shipping in April.

For a refresh on Apple Watch, remember that it is designed to do more than the average wearable device on the market currently.

And since Apple Watch was announced back in September 2014, we have seen a fair share of wearable devices, most with a fitness bent.

The Digital Crown will act as the navigation system and home button for the watch, also helping the user interact with the specialized apps for the Apple Watch.

The purposes of each device varies. They’re all made to be durable but the Sport is meant for a more rugged environment, while Edition is a more fashionable line.

Apple Watch will be sold with one of two face sizes: 38mm or 42mm. The device will work with any iPhone device running iOS 8.

So, why the long delay in the launch of Apple Watch?

Outside of releasing Apple Watch Kit to allow developers to design apps specific to Apple Watch, the company says it has been rather busy, especially in the last quarter.

That’s when Apple enjoyed its most successful quarter to date, and when the company hit several milestones.

Cook said in that conference call:

“Interest in Apple products is at an all-time high. Demand for iPhone has been staggering, shattering even our high expectations. This volume is hard to comprehend.”

These figures suggest that Apple Watch is less likely to be a bust.

Cook revealed that the company’s revenue is up 30 percent over this time last year. And earnings are up 38 percent.

Apple sold 74 million iPhone units in the last quarter and saw very high demand for the iPhone 6 and iPhone 6 Plus phablet.