How to Build a Better Content Marketing Strategy Through Collaboration 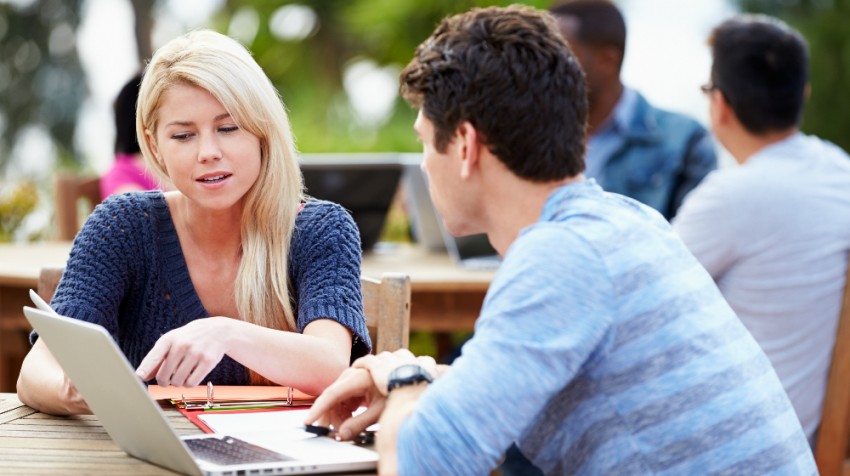 Two heads are better than one.

It’s a cliché and common phrase, a statement as to the efficiency of working with another to come up with great ideas. It doesn’t just apply to brainstorming, either. A good partnership, one where you can rely on the other, and where you both bring out the best in one another, is worth its weight in gold.

Unfortunately, people don’t always translate this concept into one that applies to the world of marketing. Brand competition is fierce, and there is an “us or them” mentality that permeates every facet of the industry.

Or at least that is the way it used to be. We are slowly seeing a change in the way companies promote themselves, and how they relate to other businesses that are related to their initial service. Marketing in particular has been benefiting from the pros of collaboration, especially when it comes to content.

“The Next Big Thing”

In 2013, Forbes contributor David K. Williams wrote an article for the site titled “Collaborative Marketing Is The Next Big Thing.” In it, he talks about how brands can combine their resources, promotional tactics and recognition to gain even more recognition, as well as leads and market clout.

He was right, at the core, but missing one major point: brand collaboration isn’t the next big thing, it’s just a thing. One that has been around for awhile, and shown itself to be effective again and again. It would be more accurate to say it is an old thing that is gaining some buzz nowadays.

Collaboration touches every facet of marketing. That includes content, which lends itself to combined efforts perfectly.

Using The Combined Ideas Of Two (or More!) Great Minds

The most obvious plus side to working in a collaboration is that you have other people to sound off of. And those people will give their own ideas in return. Having a listening ear is helpful, but having another voice is positively enriching.

Creativity is a force that is stoked with combined effort. Having collaborative partners will give you a whole new perspective to work from, and new ideas to counter or incorporate. If you have been finding yourself stuck, stalled, or stale, nothing will get your juices flowing like someone to work with.

The Power Of Combined Visibility

You have a reputation. The other guy you are collaborating with has a reputation. What happens when you combine those two reputations? Boom! Reputation explosion.

Alright, so maybe nothing that dramatic. However, you do gain the benefits of increased visibility by capitalizing off one another’s user/reader base.

Content collaboration as a whole works this way. Since it is mutually beneficial, it isn’t difficult to find others who are willing to jump into the project.

One option is to build on the power of authentic collaboration in an online community. Members help each other brainstorm and grow their user rank to build reputation within the community. It can be a great source of collaboration-based content and lets you easily generate original currated roundups.

Collaborate With Your Readers

Rewardial is an interesting (and brand new) platform that combines collaboration with gamification. Once their WordPress plugin is installed, it is able to track and reward readers’ actions on a site (such as Read article / Comment / FB like and share). Readers need a Rewardial account to accumulate credits as they interact with the blog. Collaborate With Your Team

Save Time By Giving Them Some Grunt Work

Content strategies and implementation take time. A lot of it. One of the great things about having another person working on the same content is that they can take some of the work. Not only is this a load of stress off of you (who doesn’t appreciate that?), but it is also a huge time saver.

Because it can take a lot of hours to create something truly great and valuable, you have to resign yourself to spending days, weeks, or even months on a single exceptional piece of content. . .unless you are collaborating, in which case you can plan, craft, edit and promote in half the time.

Plus, you have the immediately bigger audience, as mentioned earlier. More results from less work? Definitely a win-win. Once you have found someone to collaborate with, you have to make sure you are both on the same page. What you have originally aimed to do when you contacted them may end up changing a bit as you both lay down your hopes for the collaboration.

Your goal may have been to promote a specific product, such as your blog’s new ebook. But with someone else on board, that won’t be a common interest or benefit. So it becomes about something else, such as driving traffic to both of your sites where the content will be hosted, and so potentially increasing sales through general brand awareness, or profits through ad revenue.

One more thing to note here: Don’t get obsessed with influencers! People with lots of connections are likely to drive some exposure. There’s no denying the fact. But they are often too busy to get excited about your collaboration offer. Your most active promoters will be people who are starting out, people like you. Gary Dek of StartABlog123, has put it into numbers:

“Your most loyal promoters and partners are people under 500 Twitter followers: Treasure them!”

Having strong collaboration is one of the best ways to create a better content marketing strategy — that takes your content and launches it to the next level. Just make sure you know why you are doing it, and that your partner knows too. If you are both dedicated and on the same page, you will do very well indeed.