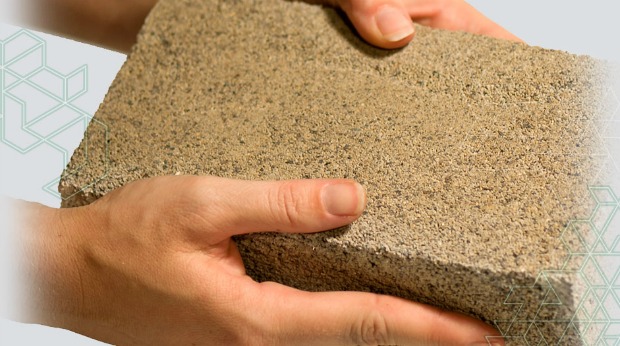 Bricks are an essential part of most building projects. Though they come in many different forms, most are made of clay and created with a firing process. And that process isn’t exactly environmentally friendly. But Ginger Dosier, a former architect who founded the company bioMASON, think there’s a better way. She told CNN:

“There are over a trillion bricks made this way globally every year. That’s lot of energy usage and carbon dioxide emissions.”

Dosier’s company started out as a simple science experiment. But when she came up with a way to basically grow bricks using bacteria, she knew she had a business on her hands. The process involves mixing a particular type of bacteria with sand, nutrients and calcium, turning it into cement. Dosier discovered the bacteria while teaching at North Carolina State University between 2005 and 2007.

She then officially founded bioMASON in 2012. Since then, the company has raised almost $1 million in grants and funding. And it is currently working with its first building client, a California company that wants to use the eco-friendly bricks for a courtyard.

The idea of growing bacteria bricks instead of firing them is an interesting concept that could have a huge overall impact on the building industry and the environment as a whole. According to bioMASON’s website, an estimated 1.23 trillion bricks are manufactured every year. And that leads to about 800 million tons of carbon emissions, since the firing process requires the use of fossil fuels. That’s a lot of material and a lot of carbon emissions that could potentially be avoided thanks to this new process.

So far, the company is working with its first building clients, but it has the potential to grow and make a bigger impact. And if it does, the material from which so many structures are built could be completely revolutionized.