30 Business Buzzwords You Should Stop Using 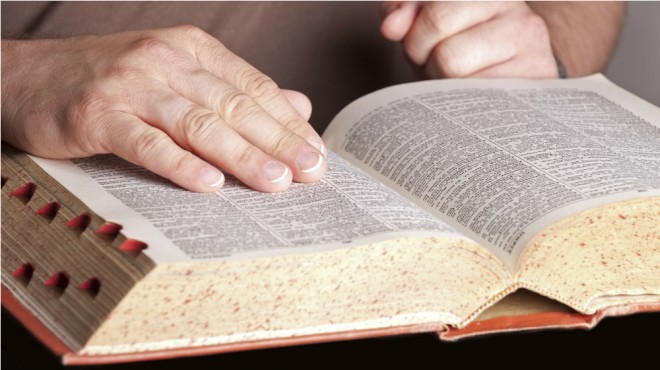 Buzzwords are terms that become popular for a relatively short period of time. These words are just as prevalent in the business community as they are anywhere else. But if you’re going to use buzzwords, you have to know when to stop.

These terms can become overused, outdate or cliché. And at that point, using them can only be detrimental to your business.

This term is often used to convey elements that work together to create a total effect. However, it’s been so overused in the business community that it has lost much of its meaning and just comes across as filler.

When used to describe website elements like meta tags, this term has it’s place. But when used as a self-referential term to convey abstraction, meta has overstayed its welcome.

For years, people have used this term to reference creative thinking. But in business, most issues require some level of creativity. So using this term is cliché and often just unnecessary.

When something is a game changer, that usually means it is something that can significantly change an industry or business. But it’s another overused buzzword that doesn’t have the same impact it used to.

This term is often used to describe a person who is recognized as an authority in a particular field. But it doesn’t hold as much weight as it once did. An actual job title or some credentials can mean a lot more than applying this general term to anyone who has an opinion about an industry.

This is another overused term to describe someone thought to be an “expert.” The issue is that it doesn’t come with any tangible credentials. Anyone can call themselves a guru without actually earning the title. And many do.

In business, everything you do should be well thought out and part of an overall plan. So calling something “strategic” shouldn’t even be necessary. It should be a given.

Used to describe cooperative competition, this term can be confusing for a few reasons. But the main reason you should shy away from this term is that these relationships often don’t turn out to be so cooperative. There are certain benefits you might get from working with other businesses in your field, but relying on them could be a mistake.

In baseball, if a pitch is in a batter’s wheelhouse, that means it’s right where the batter wants it. It’s part of the batter’s specialty, or what he or she can very easily handle. It’s used in a similar sense for businesses. But it has been around for a long time and has become a bit cliché.

Organic growth describes how a business expands through methods that don’t include mergers and acquisition. There are so many different ways for businesses to grow organically. And every business should experience this type of growth. So labeling it as such isn’t normally necessary.

This term describes the ability to influence. It has specific applications when it comes to finance and operations, but it has definitely been overused.

A true visionary is someone who can plan or think about the future with creativity. But in business, it’s often used to describe anyone who has any ideas outside the mainstream. So it doesn’t hold as much meaning as it once did.

This term describes marketing techniques that involve low-cost, innovative strategies. It’s a relatively new term, but has definitely gained traction in the startup community. However, it’s not very specific, so it doesn’t paint a clear picture of the methods being utilized.

These days, it seems that every company is getting content to go viral, or at least trying to. But the term is overused and doesn’t give any specifics. If you want to impress people with the viral nature of your content, you’re better off using actual numbers.

The blogosphere is a fancy word for every blog online or in a particular niche. But putting all of these online publications into a box doesn’t do your company, clients or audience any favors. Get more specific if you want actual results.

This also applies to other generational terms, like GenX or GenY. Lumping everyone in a particular generation together isn’t helpful. Get more specific with your targets if you want to be successful.

To innovate is to come up with a truly unique solution to a problem. It’s important in business, but it isn’t as effective as it once was, due mainly to overuse.

A disruptive business or innovation is one that has the potential to completely change an industry or field. It is often applied to businesses or technologies early, and thus isn’t always entirely accurate.

This refers to the ways new employees learn the skills and information required to succeed in a company. It isn’t very specific, and thus isn’t entirely helpful when describing these practices.

This term is often used to describe the important or laborious tasks required to run a business. It’s a cliché and it doesn’t go into specifics about the actual work required.

In business, vertical is a term used to describe a niche within an industry. But it’s not more specific or time saving, so using it can come across as showy or even confusing.

This is a claim some businesses make, usually about themselves. It can come across as pretentious or even delusional. And there are better ways to boast your products or services than by using dog show comparisons.

Many in the business world use this term to express the desire to get started on something right away. But offering a specific timeline is less cliché and usually more helpful.

Directionally accurate is often used as a fancy way of saying that something is true without offering any numbers to back it up. If you want to prove a point or trend, use actual facts and statistics instead.

This has become an incredibly popular term in the business community. It is supposed to mean a person who has influence in a particular niche or area. But it doesn’t actually describe what the person does or why they are supposed to have influence.

This term describes a set of data that is too large or complex to be processed using traditional methods. But it’s too broad to be meaningful in many circumstances.

Pivot is often used to describe a change in practice or focus. But it is usually more helpful to just be direct and describe the change or mistake.

This is another term that is used to describe a change in business practices. But it has been incredibly overused and can come across as an attempt to cover up a mistake with fancy language.

Pre-revenue is often used to describe the benefits certain startups present even before they’re at the stage where they’re making a profit. But some businesses tend to use it for too long. Most businesses exist to make money, after all.

This is a term you should stop using simply because it should be a given. When talking about your business, everything you discuss should have an impact on the future. So you don’t really need to specify that.