FCC Decides On Net Neutrality, Google Wallet Gets a Boost 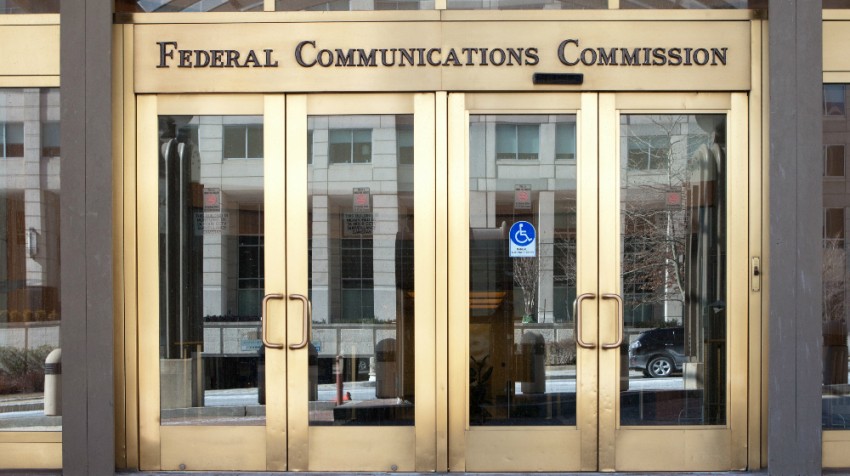 Net neutrality has been a hot topic for years now. The FCC decided on the contentious issue this week with huge implications for small business owners, consumers and others. Meanwhile, Google Wallet may be coming with your next smartphone. Those are just a couple of the items making headlines in this week’s Small Business Trends news and information roundup. Read on for more top stories.

FCC Says the Internet is a Utility, Supports Net Neutrality

The Federal Communications Commission says the Internet is a utility. The FCC has sided with many consumer groups, small businesses and startups and against larger telecoms and Internet providers in a landmark decision. The federal agency voted by majority Feb. 26 to apply rules that would block so-called Internet “fast lanes” critics said were being planned by service providers.

Your New Phone May Have the Google Wallet App Pre-Installed

It’s going to be hard to lose Google Wallet in the very near future. Google announced that it has reached a deal with major mobile carriers in the U.S. to get its Google Wallet app pre-installed on a lot of new smartphones later this year. The deal reached is between Google and AT&T Mobility, T-Mobile USA, and Verizon Wireless.

Small businesses need to remain vigilant against cyber attacks. The natural reaction is to throw a lot of money at potential security breaches.

Businesses interested in boosting their brands on the latest social media channel are taking a hard look at Instagram. The site where users can share both photos and short videos is growing rapidly, with more than 300 million accounts online.

Bradley C. Grimm is a software developer and father who has combined his experience as both to create apps for kids. His apps such as Goofy Glass and Funny Voice Changer have earned him millions of downloads. Now Grimm has set his sights on combining an app with an illustrated story to create Goodnight Lad, an augmented reality children’s book.

Recycling old electronic equipment can be a hassle. And the toxic materials in those devices can be incredibly harmful to the environment. That’s why the mother-daughter team of Rachel Treasure and Eva Metcalfe started their business, E-CycleWise. The business takes people’s unwanted or damaged electronic devices and disposes of them in a way that won’t harm the environment.

A few years ago, Just Baked seemed to be a great startup success story. But last month, the regional chain of cupcake shops closed all of its corporate stores. So what went wrong? Pam Turkin was a mom and an avid baker who got the idea to start a cupcake shop near her home in suburban Detroit after seeing similar bakeries succeeding near the coasts.

What the Declining Number of Employer Startups Really Means

A lot of small business owners have big ideas. The trick is turning those big ideas into the next big thing. Innovators at Adobe think they can help businesses of any size turn those good ideas into real products or services with a concept called Kickbox. Adobe Kickbox is a project that started internally at Adobe.

Interviewing is an integral part of the hiring process. When you interview potential new employees, you can get a pretty good idea of whether or not they might be a good fit for your company within a few minutes. But doing a lot of interviews for every new opening can take up a lot of time and resources. The startup myInterview thinks there’s a better way.

Technology is becoming smarter and more personal. Virtual reality is popping up everywhere. Gadgets and tools are coming out with the ability to predict and track your movements, adjusting to provide a more immersive experience. Such is the goal for 3D Sound Labs’ new Neoh headphones. 3D Sound Labs is calling its headphones a wearable home theater.

Very soon, some major smartphone manufacturers are going to release new models of their flagship devices. LG is getting a jump on them by announcing four new LG phones. And the company is hoping to attract customers with some mid-range price tags on those phones.

Pebble is now in color. And it’s got a mic, too. The popular smartwatch company introduced its latest device, Pebble Time, on Feb. 24, by launching a Kickstarter campaign to reward early backers of the project. And judging by those early returns on that crowdfunding campaign, it’s got a lot of backers, too.

When thinking about efficiency and productivity in your business and areas you can easily improve, you might first think about your employees, software, and apps. But when was the last time you thought about your printer? It may not be the first thing to pop into your mind, but it’s time to change that thinking, as HP has recently introduced the HP Officejet Pro X Series of printers.

Lots of small businesses are using receipt scanners. They help reduce clutter, can eliminate the possibility of losing expense receipts (especially the most important ones), and keep finances better organized. Apps like Expensify have helped small businesses save plenty of time and money by cutting down the time spent manually entering receipts into accounting software.