FCC Says the Internet is a Utility; Supports Net Neutrality 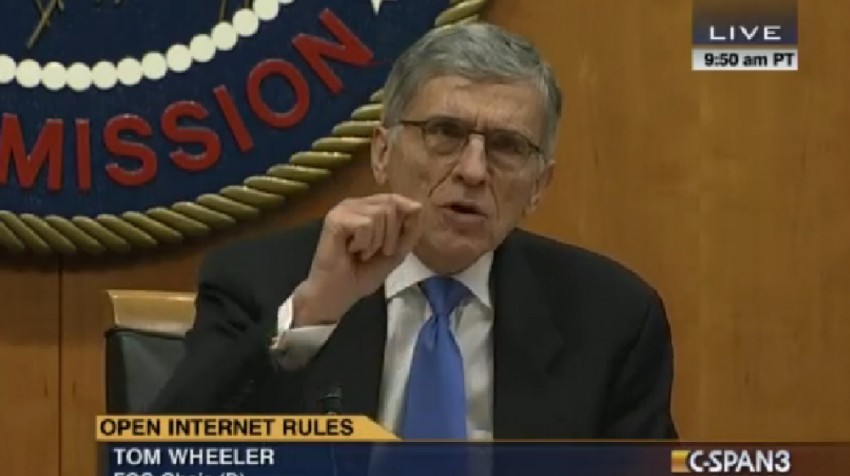 The Federal Communications Commission says the Internet is a utility. The FCC has sided with many consumer groups, small businesses and startups and against larger telecoms and Internet providers in a landmark decision.

The federal agency voted by majority Feb. 26 to apply rules that would block so-called Internet “fast lanes” critics said were being planned by service providers.

Tom Wheeler, FCC Chairman, said prior to taking the vote on the issue that’s become known as “Net Neutrality:”

“Today, history is being made by a majority of this commission. Today’s order is more powerful and more expansive than any previously considered or suggested.”

To quickly recap the issue at hand:

Internet service providers (like your cable company) were largely in favor of charging a premium to content providers to ensure their data is delivered first and fastest. In essence, that would place higher priority on some content on the Web.

The FCC — after hearing months of arguments in favor of each option — sided with many consumers, small businesses, entrepreneurs, and prospective startup companies.

“This is the FCC using all the tools in our toolbox to protect innovators and consumers to ban paid prioritization. . .Consumers will get what they pay for, unfettered access to any lawful content on the Internet.”

But opponents of this approach have complained that such regulation will actually damage innovation and investment in the Internet.

Despite the assurance from the FCC that its new rules are also designed to protect ISPs, some wasted no time firing off a disappointed response to the regulatory action. Verizon released a statement (PDF) immediately after the vote.

The company criticized the decision, calling it a “Throwback Thursday” maneuver applying 1930s rules to the Internet. A release on the company letterhead responding to the decision even used a font that emulated an old typewriter. In the statement, Michael E. Glover, Verizon senior vice president of public policy and government affairs insisted:

“Today’s decision by the FCC to encumber broadband Internet services with badly antiquated regulations is a radical step that presages a time of uncertainty for consumers, innovators and investors.”

If the FCC had done nothing, critics say ISPs likely would have created so-called “fast lanes” that would have ultimately resulted in higher charges and costs.