Chef Thinks the Future of Sugar Lies in Miracle Fruit 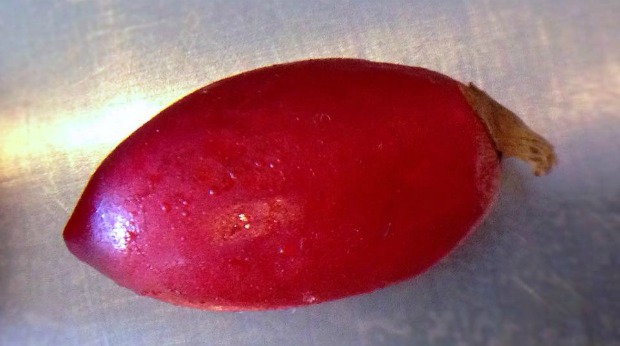 For years, people have been trying to come up with healthier alternatives to sugar. However, most of these alternatives come with drawbacks. They don’t taste as good, aren’t as healthy as they seem, come with hefty price tags, or have other issues. But now, a Chicago based chef and entrepreneur believes he’s onto a breakthrough.

Homaro Cantu owns the Berrista coffee shop in Chicago. He uses a protein called miraculin in place of sugar in much of the shop’s menu items. Miraculin is a taste modifier found in a plant known as the “miracle fruit.”

Though it was discovered almost 50 years ago, Cantu believes that miraculin might be the answer to one day eliminating sugar from most people’s diets.

It’s still got a long way to go though. For one thing, the plant takes about four years to grow, and only one out of four will bear fruit. But Cantu is working on creating a more cost-effective way to grow the berries. He has been able to grow his own for use at Berrista through large-scale indoor farming. And that very well may lead to a big future for the sugar alternative.

In time, Cantu hopes to form partnerships with other food companies to bring miraculin to the mainstream. He told Business Insider:

“We want to get sodas that have zero amounts of sugar, provided by a berry which amounts to one calorie. There’s a company out there that’s interested in that. But we want everybody to use it, whether its small entrepreneurs opening up sugar-free soda shops, or the major junk food organizations.”

So while there are still some obstacles, the “miracle fruit” has the potential to make a big impact on the food industry. And for Cantu, the unique nature of his business means a really groundbreaking menu and benefits that consumers can’t find at other eateries.