Beware of These 20 Top Tax Scams of All Time 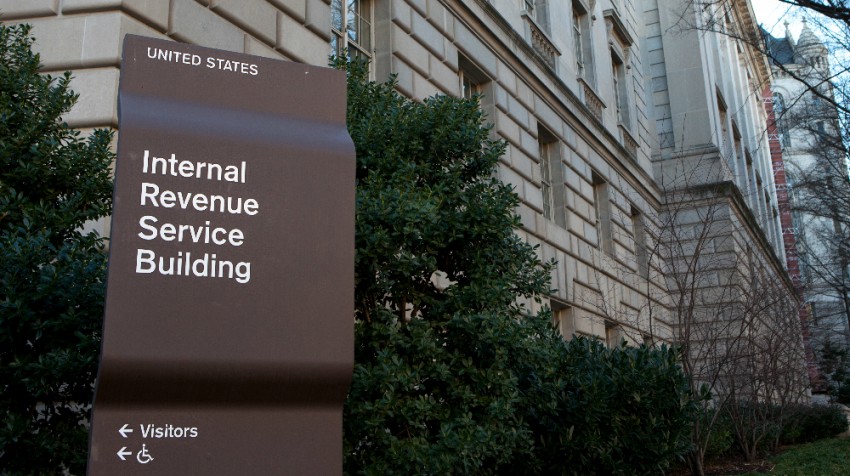 During tax season, it’s important for people to be aware of potential tax scams that may target them. Each year, the Internal Revenue Service warns taxpayers about the various scams that they’re likely to encounter. Below, we’ve compiled the top worst tax scams to target U.S. taxpayers in recent years, according to the IRS. We’ve also included scams businesses or individual might inadvertently become involved in — at great cost to themselves and their businesses. Be sure you don’t fall for one of them.

There are several different types of identity theft, but together they make up one of the most common types tax scams. Typically, scammers will use the IRS name and logo to appear legitimate. They will then try to collect personal information from taxpayers via phone, mail, or online. Once collected this information can be used to steal existing bank, credit card or other accounts or set up new ones in the victim’s name.

Taxpayers should be particularly wary of tax scams that target people over the phone. In 2014, phone scammers claiming to be IRS officials targeted taxpayers in every state. In this type of scam, perpetrators claim their intended victims owe unpaid taxes. They then demand immediate payment via a prepaid debit card or wire transfer.

In 2014, some scammers disguised their phone numbers to look like they were calling from the IRS. They even knew personal information like the last four digits of victims’ Social Security numbers.

To lend more legitimacy to their phone tax scams, some scammers have contacted taxpayers via email after an initial phone call.

Beware if you receive a call from someone claiming to be from the IRS requesting payment. The IRS suggests taxpayers with any doubts call the agency directly at 800-829-1040 to verify.

Online, taxpayers should be wary of phishing tax scams. In this type of scam, taxpayers might receive an email asking that they update their IRS file immediately. They are then directed to a website where they can enter all of their personal and tax information.

Though the site may appear belong to the IRS, it isn’t. So victims are just handing over their data to online scammers.

Last year, a specific email phishing scheme involved tax scammers claiming to be from the IRS Taxpayer Advocate Service. Emails would include a bogus case number and would lead taxpayers to pages that solicited personal information.

However, the TAS does not initiate contact with taxpayers via email, texting, or social media, so the emails and the Web pages were fraudulent.

Phishing doesn’t have to be initiated via email. Tax scams have also involved the use of social media and similar sites to direct taxpayers to sites with the intention of collecting their personal and financial information.

Be suspicious of any information shared through such links. Authorities urge taxpayers to be guarded about sharing personal information in these cases. Again, the best procedure may be to contact authorities.

Similar to tax scams using email an online phishing, phishing tax scams, text scams involve text messages to ensnare unwary victims. These text messages contain links that direct people to websites that collect their personal information. But in the end, this is simply a different variation of the same trick.

Most tax preparers provide honest service to their clients. But there are some who take advantage of taxpayers to skim off their clients’ refunds or charge inflated fees. To be sure your tax preparer is legitimate, the IRS recommends making sure they have a Preparer Tax Identification Number entered on every form.

Additional warning signs of fraudulent tax preparers include the promise of larger-than-average refunds, charging a percentage of the refund as a preparation fee and not signing the returns.

Scammers have used the promise of “free money” to entice potential victims into tax scams for years. One specific instance of this was in 2012, when scammers posted fliers in community churches around the country advertising free money for those who filed tax returns with them.

The tax returns required little or no information, but then the claims were rejected. And the victims were out their hard-earned money.

This tax scam involves scammers frequently promising Social Security refunds or rebates to lure in potential victims. In some cases, taxpayers will actually be owed a credit. But then the scammers will complete a return with inflated amounts and run off with the refund themselves.

Claims for Expired Programs or Refunds

Sometimes scammers will use older credit or rebate programs to draw potential victims into tax scams. For example, scammers might mention the Economic Recovery Credit Program or Recovery Rebate Program. But both programs expired years ago. So anyone making these claims is doing so fraudulently.

Another of the tax scams and a way that scammers might try to get their hands on your money is by claiming to transfer it. Specifically, they might claim to be able use a Treasury Form 1080 to transfer funds from the Social Security Administration to the IRS, enabling a payout from the IRS. But these claims are fictitious and shouldn’t be trusted.

Tax Scams You Should Avoid Taking Part In

Through the years, many have attempted to evade paying their taxes by hiding income in offshore accounts. Though there are some legitimate reasons for keeping financial accounts abroad, there are reporting requirements that taxpayers must fulfill.

The IRS works with the Department of Justice to find and prosecute those who hide their income in these accounts, as well as the financial institutions that help them do so.

Those who are opposed to compliance with federal tax laws will sometimes use false legal arguments to make their case. But pursuing those frivolous tax arguments can lead to both civil and criminal penalties. In this case, those who are taken in by these arguments can face harsher penalties than those who just promote them.

Employee leasing is a legal business practice, but it can be subject to abuse. Companies can contract with outside businesses to handle all of their administrative, personnel and payroll concerns. But sometimes these companies fail to pay collected employment taxes to the IRS.

Pyramiding is a tax scam in which businesses withhold taxes from employees, but then fail to remit them to the IRS. This is more often a scam perpetrated by a few unscrupulous business owners than one perpetrated against small businesses.  But it is a fraudulent practice the IRS warns about and often results in the business filing for bankruptcy to discharge the liabilities accrued.

Self-employed individuals should be as accurate as possible when reporting income to the IRS. In recent years, some tax preparers have exaggerated or advised their clients to exaggerate their reported income in an effort to gain an Earned Income Tax Credit. But taxpayers should never exaggerate income reports and should be wary of tax preparers who advise them to do so.

Understating the amount of wages on which taxes are owed, or failing to file employment tax returns altogether are common methods of tax evasion. Those methods result in reduction of tax income for the IRS and potential penalties for businesses or individuals.

Finally, one of the most common tax scams and ways businesses avoid income and employment taxes is by paying employees in cash. However, this method is fraudulent and can result in the loss or reduction of future Social Security or Medicare benefits for employees.