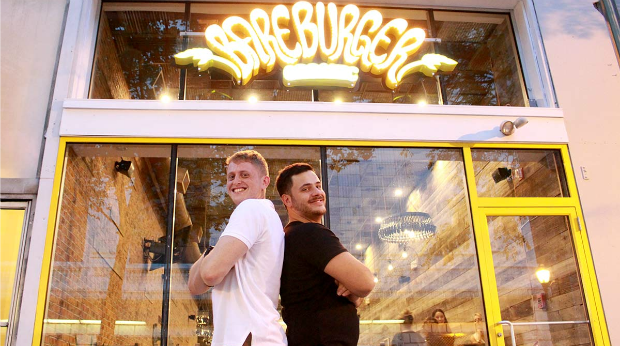 Entrepreneurs often gain experience in their field before starting a business. But valuable experience can come from other sources as well. For Daniel Kemelman, that experience came from his time in the military.

Only in his mid-twenties, Kemelman completed a tour of duty with the U.S. Army National Guard before even turning 21. Just a few years after returning, he now owns his very own Bareburger franchise, the first of its kind in Philadelphia.

After completing his tour of duty, Kemelman briefly worked for a financial advisory firm. But he always wanted to start his own business. So instead of waiting around, he went the franchise route. He told Entrepreneur:

“I was 21 years old with a lot of military experience and not much else. I had a goal of owning my own business, and a good franchise is a great way to break into an industry when you’re virtually starting from scratch.”

Because he was new to the business world, he needed some help through the process. But just as members of a military unit often come to rely heavily on those around them, he found that team members had a big impact on his business success. He said:

“Your success, especially for someone purchasing their first franchise, will be based on the support you receive from your franchisor, and your ability to understand the company and give your guests the experience they have come to expect. The Bareburger Team has held my hand every step of the way, and I owe my success to all of them.”

For business owners with any level of experience, it’s incredibly important to surround yourself with a great team. It didn’t take Kemelman long to learn this lesson. And his team and support system have had a big impact on his franchise’s success so far.