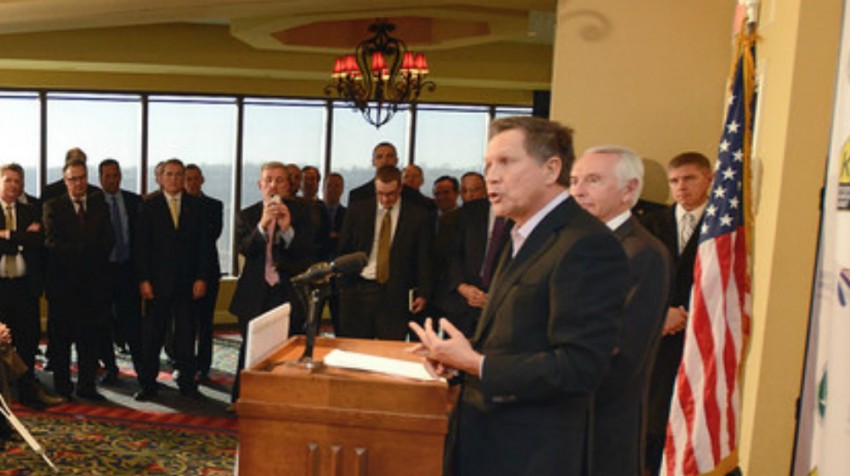 As a lot of small business owners prepare their 2015 tax returns, it’s always good to hear some positive tax news.

This week, Ohio Gov. John Kasich introduced his budget plan for the state for the next two years.

In that budget was a call to eliminate income taxes for nearly all small businesses in the state.

According to a report from Cleveland.com, Kasich’s plan would eliminate income taxes for small businesses with less than $2 million in annual gross receipts.

These businesses would still have to pay Ohio’s commercial activities tax, so it’s not a completely tax-free environment.

In a statement addressing his budget proposal for Ohio, Kasich said that his call for the elimination of the income tax on small businesses is meant to spur job growth.

In the “Blueprint for a New Ohio,” an  overview of Kasich’s new budget proposal, the governor’s office explains (PDF):

“Small businesses employ half of Ohio’s private sector workers, create two-thirds of all new jobs and, for many Ohioans, provide their paid employment opportunities. The skills and experiences obtained in these positions are essential stepping stones to moving up the economic ladder, therefore the governor’s budget proposes new tax cuts to strengthen small businesses … “

If the plan is passed as it’s currently written, Ohio expects to lose out on $696 million in tax revenue over the next two years with the elimination of this single tax.

Besides additional hiring, the governor’s office is hoping the savings will free up additional capital for small business owners to reinvest to further grow their companies in the state.

“There’s the butcher, there’s the baker and there’s the candlestick maker. There’s the florist and the barber. Why do they matter? They matter because they are part of the glue that holds our communities together.”

Ohio could stand to be kinder to small businesses. According to a review of the small business climate in all 50 states, Ohio received a ‘C’ letter grade from Business Insider last year.

Image: Office of the Governor, State of Ohio