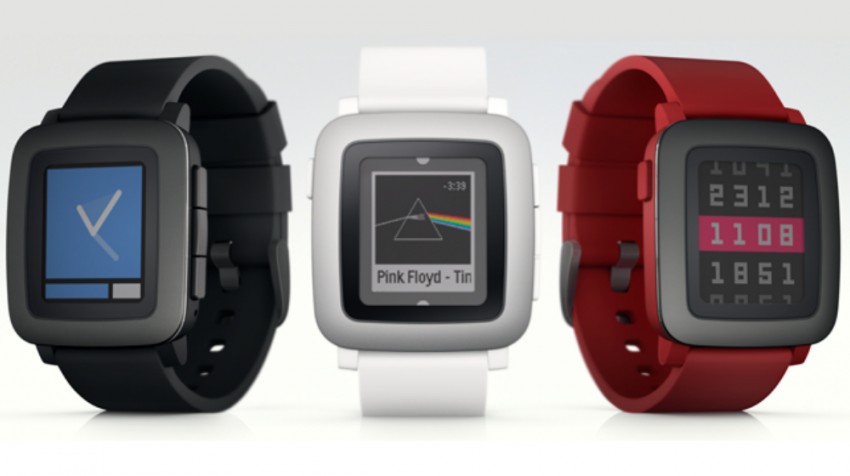 Pebble is now in color.

The popular smartwatch company introduced its latest device, Pebble Time, on Feb. 24, by launching a Kickstarter campaign to reward early backers of the project.

And judging by those early returns on that crowdfunding campaign, it’s got a lot of backers, too.

The first Pebble Watch was also launched with a Kickstarter campaign, leading to a flurry of similar devices by a number of other manufacturers.

Pebble Time is the first device from the company to have a color face.

In fact, the full-color e-paper display on Pebble Time is always on. And despite that, Pebble says the battery on Pebble Time can last for a full week on a single charge.

The e-paper display is protected by Corning Gorilla Glass. And the bezel surrounding the display is made of stainless steel.

The color watch face display obviously adds more customizing abilities — like their own watch face design — for those wearing it, but it will also clearly show incoming notifications from your smartphone.

Instead of having to download and load these apps to a Pebble Time watch, the device is synced to a smartphone and shows notifications based on time — something Pebble is calling the Notification Timeline.

There are other apps developed for Pebble devices (more than 6,500 to date), like fitness trackers, music apps, and payment platforms.

On the page announcing its Kickstarter campaign, the company explains:

“You already plan your day around time, so it makes sense for your Pebble to be organized around the same principle. Now your notifications, news, reminders and events are laid out chronologically instead of being trapped inside separate apps.”

The device’s Timeline is synced with apps on a smartphone, including messaging, emails, calendars, and alarms. Users can even go back in time to check old notifications.

The built-in microphone added to Pebble Time enables users to respond to those notifications, too.

When users receive a notification on their Pebble Time smartwatch, they’ll see what it is in a text timeline on the display. They can reply via voice by tapping a button on the side of the device to activate the mic. 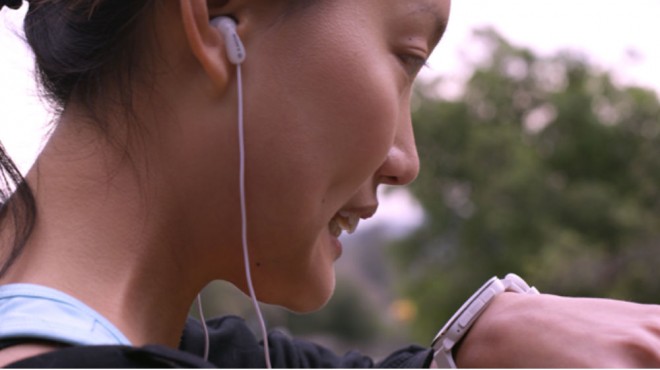 If users have an iOS device, they can currently only reply by voice to Gmail messages.

Pebble Time is going to sell for $199 when it ships in May. Early backers of the company’s Kickstarter campaign get a $40 discount on that price.

In its first day, there were more than 35,000 backers of the Pebble Time project. And the company has already raised more than $7 million. Those supporting the Kickstarter campaign will receive an engraved “Kickstarter Edition” Pebble Time.

The watch is sold in three styles: with watch cases coming in black, white, and red.