This Entrepreneur Went from Fast Food to Health Food 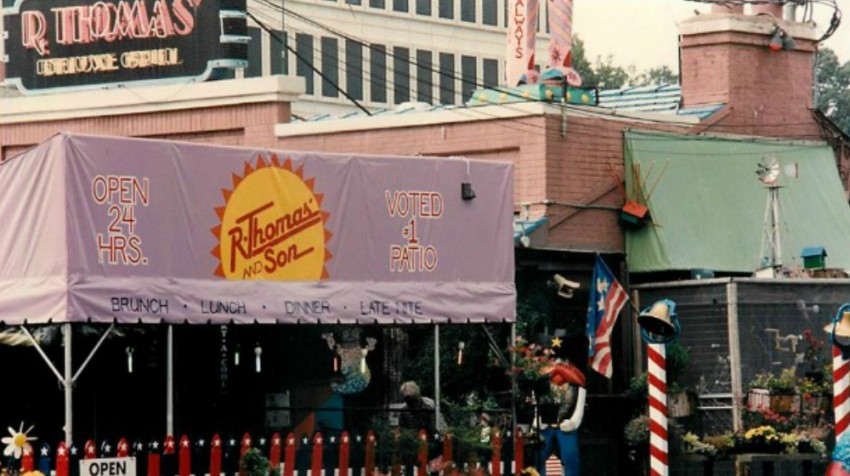 Thomas opened the R. Thomas Deluxe Grill in Atlanta in 1985. Before that, he had owned multiple Kentucky Fried Chicken and Pizza Hut units. And he even helped found the Bojangles’ Famous Chicken ‘n Biscuits chain, which expanded into 28 locations across multiple states before being sold for $12 million in 1982.

But Thomas wasn’t done with the restaurant business yet. He knew he wanted to open a new type of restaurant in Georgia. So he took some time to travel around California and learn about different types of restaurants that weren’t common in the south. He opened the R. Thomas Deluxe Grill in 1985 to offer some healthier options. But the restaurant struggled for its first several years.

A few years later, he met with nutritional consultant Donna Gates, who also wrote “The Body Ecology Diet.” Gates told Thomas that he had been poisoning people with all of the fried food and other unhealthy options at the fast food restaurants he had owned.

But the two later became friends. And Gates even took over the restaurant’s kitchen for a 90-day period to develop some truly healthy recipes and train people in the art of healthy cooking. Thomas told the New York Times:

“She trained everybody, including me. She instructed us on cooking with amaranth flour, quinoa and coconut oil. I didn’t even know what these things were or where to buy them. Under Donna’s direction, we went from a kind of a healthy restaurant to a full bloom, beautiful operation.”

So even though the people of Atlanta were originally a little apprehensive about the healthy options at Thomas’s restaurant, it has since become a local institution.

Since Thomas found a niche that wasn’t common in the South, he automatically stood out from the other food options available. And finding a knowledgeable person to help allowed him to offer a truly high-quality experience to the people of Atlanta.