Your State’s Favorite Food Is… 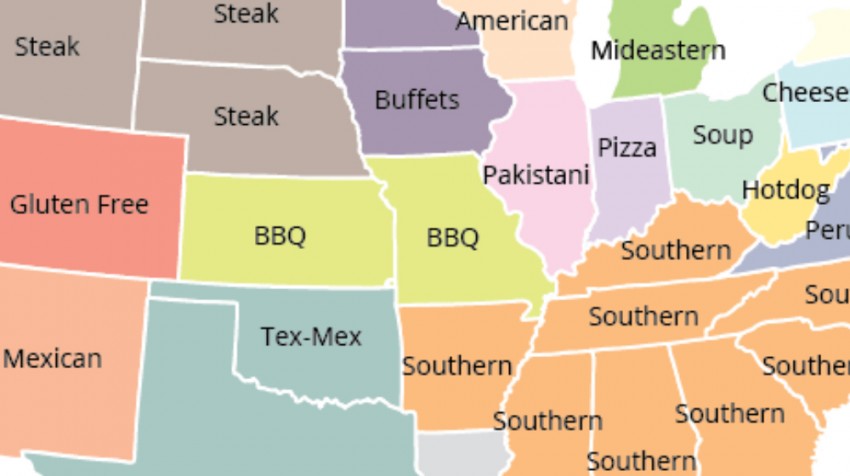 What type of food does “American cuisine” bring to mind? Most likely you think of burgers, hot dogs, onion rings, chicken wings and all kinds of greasy foods. While those foods are popular across the country, in reality, each state has a favorite cuisine which isn’t always generic “American.”

In the end, some results are predictable: Maine loves seafood, New Mexico prefers Mexican and Tex-Mex rules in Texas. But other results are more surprising. Who knew that Utah hungers for Hawaiian food or that Spanish and Portuguese cuisine are big in much of New England? Who knew that Virginia is the place to go for Peruvian food? Have a yearning for beef in bananas and tomato sauce? There’s more than a few Filipino restaurants in (of all places) Alaska. 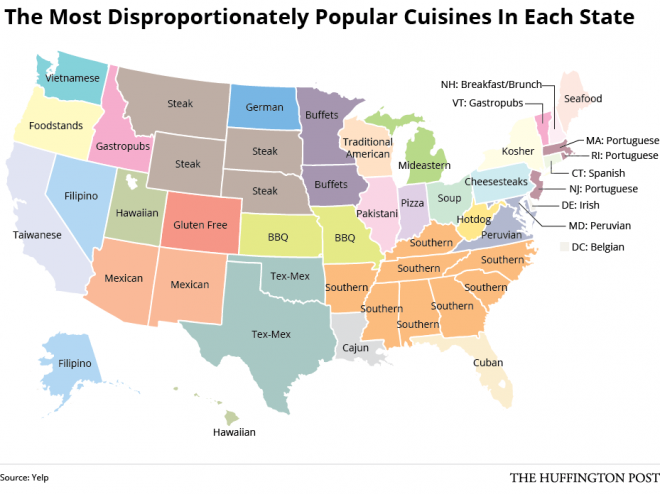