Can the Storm Electric Bike Deliver For Cheap? 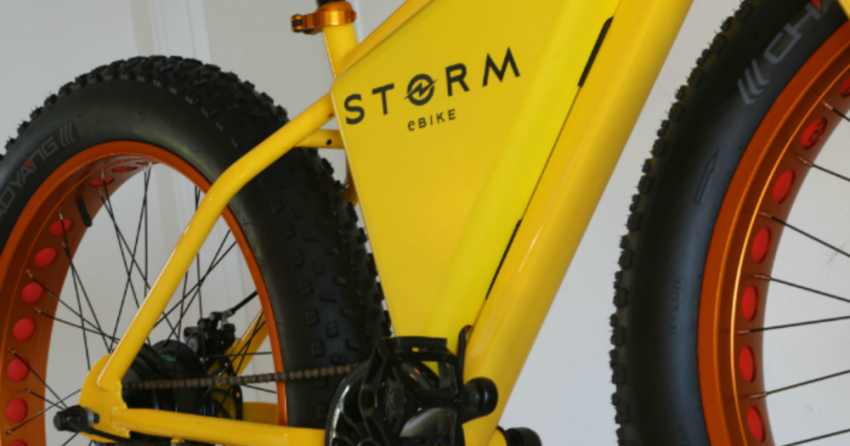 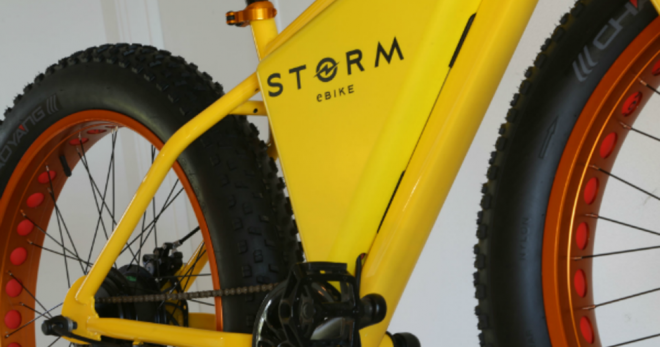 What happens when a surfer with a background in industrial design finds himself injured and unable to get to the beach? In his Indiegogo campaign, Storm Sonders says when he found himself in this situation he built himself an electric bike. To do this, he used parts he sourced from manufacturers in Asian and all over the world. The result is what he is calling the Storm eBike, aptly named after himself.

The Storm eBike has been gaining attention. Sonders’ Indiegogo campaign broke $2 million in pledges within the first two days, trouncing the original $75,000 goal. But what is getting so many backers to stand up and pledge their money is the electric bike’s price point. The initial early bird price was just $499. With other electric bikes on the market costing thousands, this low price tag is very appealing.

The Storm eBike could be a great deal or a massive disappointment. Claims on the Indiegogo campaign are giving specs that some people are finding a little difficult to believe. The Storm eBike is boasting a 350W motor capable of a top speed of 20 miles per hour. It supposedly weighs approximately 55 lbs with it’s battery included. Sonders claims the lithium ion battery can fully charge in just 90 minutes and can go as far as 25 to 50 miles on a single charge.

Probably one of the most impressive claims is about the electric bike’s wide and water resistant tires. Storm claims they make the bike all terrain. The design is supposedly able to tackle city streets, mountain trails, and even sandy beaches.

Critics are finding it doubtful the electric bike could actually weigh so little with it’s steel frame, heavy motor, and battery. They are also doubting that the battery could fully charge in 90 minutes or last for up to 50 miles. Another concern is the quality of such an inexpensive electric bike. There is doubt if the company can deliver on it’s promises or if they even intend to.

To answer these doubts Sonders and his team are planning a series of ‘demo-days’ to show that their bike can do what they claim. On the Indiegogo page the team states:

“There has been a lot of speculation about the bike over the past few days and we want to assure you that it is real, it exists and it is quality.

We feel the best way to address this is to invite our backers, potential future backers and those naysayers out there to test the bike for themselves.”

The controversy hasn’t stopped pledges from coming in. The campaign has now raised over $3 million. In the end, crowdfunding is a gamble, one it seems many pledgers are willing to take. The Storm eBike could deliver or leave its backers in the lurch.

Tabby McFarland is a staff writer and web researcher for Small Business Trends. As a staff writer she specializes in social media, technology, special interest features, and e-commerce. A geek at heart, Tabby loves to be online interacting with the blogging community. Tabby is a WAHM (work at home mom) and is also an avid Pinterest enthusiast with a strong sense of style and creativity.
10 Reactions
Subscribe
Follow @smallbiztrends
RSS LinkedIn Pinterest iTunes