How Are The ‘Valuation Without Revenue Unicorns’ Faring? 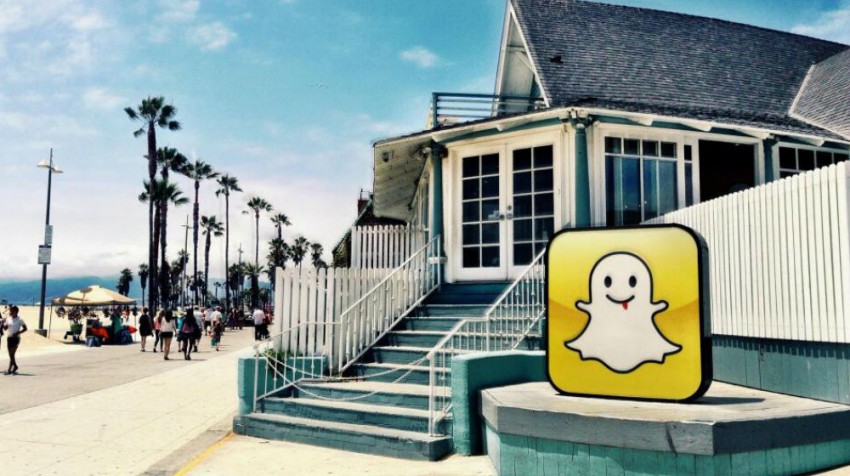 As part of my research on the subject Billion Dollar Unicorns, I have been tracking Unicorns of various colors and spots, so to speak.

Among those, my least favorite ones are the ones that command gigantic valuations without the revenue to back them up. Let’s look at how two of those are faring.

As I’ve mentioned before, valuation without revenues has returned with a vengeance. The climax of these valuations was Facebook’s $19 billion acquisition of WhatsApp. Another Social Messaging firm Snapchat is going through similar valuation cycles.

Snapchat was founded when Stanford students Evan Spiegel, Bobby Murphy, and Reggie Brown were working together on a project for a product design class. The first version of the project was rolled out under the name Picaboo. It was eventually renamed Snapchat.

In its newest avatar, Snapchat allows users to send photographs and videos of themselves to their friends that self destruct from the mobile device within a few seconds of viewing. Users can control the time during which their friends can view their messages – up to 10 seconds – before the message disappears forever.

The temporary nature of the messages on the app has attracted 13- to 24-year-olds. Snapchat does not disclose its internal metrics but analysts estimate that it had 100 million users as of last year. According to a comScore report, the Snapchat app is ranked as the third most popular social media app among the 18- to 34-year-old demographic. Snapchat is estimated to have a 32.9 percent penetration in this segment.

Of late, Snapchat is also growing inorganically. Earlier this month, it announced a $15 million acquisition of Epiphany Eyewear.

Epiphany is known for its fashionable eyewear equipment that are embedded with HD video cameras. The glasses are available in memory options of 8GB, 16GB, and 32GB and retail for at least $299.

Snapchat has not disclosed any details as to what it plans to do with the acquisition, but analysts believe that the company is probably looking at ways to integrate its app with this wearable device. Last June, Snapchat spent $30 million to acquire AddLive, a company that helped provide Snapchat with the capability for video chat services.

Besides internal metrics, Snapchat also keeps financial data hidden. It doesn’t have much to hide, though. Snapchat is still exploring the possibility of earning revenues. Unlike other mobile messaging services that rely on in-app purchases, advertising, or like WhatsApp, a subscription revenue model, Snapchat had no defined model so far.

They are exploring options including advertising and virtual goods transactions. Earning advertising revenues through Snapchat is challenging, especially since messages are temporary.

Additionally, unlike a Facebook ad that is visible to the user regardless of the user wanting to see that ad, a Snapchat ad can only be viewed by the user if they click on the message.

But that hasn’t stopped Snapchat from exploring advertisement options. It began by selling app ad space at a price tag of $750,000 for an ad that runs for 24 hours. Initial response has been mixed. Universal Pictures ran an advertisement for the movie, Ouija, and were pleased with the millions of ad views that were recorded.

But others have been concerned because Snapchat can’t  do targeted advertising or justify ad spending by displaying detailed analytics, which makes advertising on its service very similar to advertising on TV.

Its last round of funding was held last month when Snapchat raised $485 million at a valuation of $10 billion and was led by Kleiner Perkins Caufield & Byers, GIC, and Yahoo!. That is a significant increase from the December 2013 valuation of $2 billion.

Snapchat has had several potential buyers, but none of the acquisitions were ever completed. Last year, Google was reportedly eyeing the company and had pegged a value of $4 billion, but the deal did not materialize.

Also, before the historic WhatsApp acquisition, Facebook had reportedly offered Snapchat $3 billion to buy the company. Obviously, that attempt fell short, too.

Analysts now believe that Snapchat may be looking to go public. Last month, the company hired Imran Khan, a Credit Suisse banker who helped with the Alibaba IPO, as its chief strategy officer. That could indicate a possible IPO in the future.

But, I am sure the market would like to see a successful business model and detailed financial metrics before it agrees to invest in these crazy valuations.

The Billion Dollar Unicorn Club has several other companies with high valuations and little or no revenues. One such company is the content discovery app, Pinterest. But it appears that things are beginning to change as Pinterest scouts for a viable business model. Analysts are projecting revenues based on the early experiments.

Pinterest was founded in 2009 by co-founders Paul Sciarra, Ben Silbermann, and Evan Sharp who launched the first prototype of the site in 2010. Soon, they launched publicly.

Like other social media and networking players, Pinterest expects users to register with the site for free. Once registered, members can then begin to apply visual bookmarks, also known as Pins, to content that they find on the Web. These Pins are all located on the member’s pages, known as the Board.

Users can come back to their Boards for referring to this content at a later time and can follow other user boards to discover new content.

According to Pinterest, they have more than 30 billion Pins on the site. Analysts estimate that Pinterest has a following of 70 million users, of which nearly 40 million are monthly active members.

It is only recently that Pinterest has decided to monetize its impressive usage metrics. Last year, Pinterest began exploring the option of earning revenues through an advertising model. Retailers and brands can place their ads on the platform in the form of Promoted Pins. Analysts estimate that Pinterest will be able to generate $500 million in revenues by the year 2016 with these ads.

The revenue growth is attributed to the overall “invisible” nature of Pinterest ads.

Where ads on social networking sites like Facebook and Twitter are clearly identifiable as ads, Pinterest ads are more subtle as they weave into the story itself. Additionally, Pinterest’s high potential lies in their ability to convert search to an online sale. According to analysts, search provides about 33 percent of the traffic for most retail websites, making Pinterest a strong advertising platform.

Pinterest is venture funded. It has raised $763 million in funding from individual investors and funds including Valiant Capital Partners, FirstMark Capital, Fidelity Investments, Bessemer Venture Partners, SV Angel, Andreessen Horowitz, Slow Ventures, Rakuten, Jack Abraham, Max Levchin, Kevin Hartz, Michael Birch, New York Angels, William Lohse, Jeremy Stoppelman, and Jack Abraham. Its last round of funding was held in May 2014 when it raised $225 million at a valuation of $3.8 billion, a significant increase over the $2.5 billion valuation at the beginning of 2014.

Since then, valuation has increased further and analysts now value them at nearly $5 billion. The market expects Pinterest to file their IPO soon.