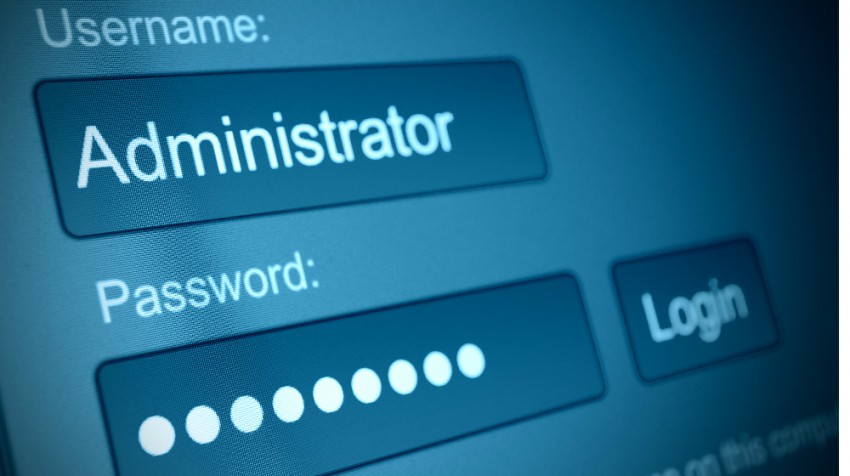 Passwords are one of the most important things we take for granted.

They’re like digital locks looking over all of our personal information. And, let’s face it, we’re beyond the days when the ordinary abcd123 password was all we needed to keep our information secure.

If you’re still one of those who rely on passwords anyone could remember, there are tips to better protecting all the information you’re storing online. You can create a more secure password by following a few of these tips. Remember, these are just a few ideas, and there are many different techniques to build a better password.

According to Lisa Eadicicco at Business Insider, randomization is a key factor in creating a better password that’s strong and secure.

Use a variety of uppercase and lowercase letters, and include numbers and symbols as well. Don’t use common combos like ‘123456’ or these other examples of the worst passwords you could choose from.

No matter how secure you think your password may be, using it across multiple platforms and accounts puts you at risk.

If one site is compromised and passwords are leaked, hackers could try using those passwords on other websites as well. Lary Magid over at Forbes writes:

“One trick is to add a couple of unique characters for each site. For example, for your Google accounts you could have Go somewhere in the password and perhaps Fk in your Facebook password.”

One of the simple steps you can take to build a better password and strengthen it is by making it longer.

Microsoft suggests a strong password be at least eight characters long. Google says that “the longer your password is, the harder it is to guess.”

Most websites will require a minimum password length, but going above this is a better idea.

When using words or phrases, one simple way of making them harder to guess is by misspelling them. By mixing up letters or replacing them with numbers, your password becomes even more difficult to guess.

For example, instead of Ilovecats123, try something like iL0v3katz321 to make it stronger.

Windows also suggests not using a full word, but instead abbreviating it to make it more difficult to guess. Adding spaces or special characters between words or abbreviations adds complexity as well.

5. Create a Word from a Sentence

“Create an acronym from an easy-to-remember piece of information … pick a phrase that is meaningful to you.”

Although dates like birthdays and anniversaries and names of spouses and children are bad ideas, creating a phrase that reminds you of these things is another story.

Try to create a phrase that makes sense to you in your head, such as:

“I met my husband Dan on January 5th.”

This can easily become several different combinations, like ImmhDo0105 or ImmhD-Jan05.

One study by the Defense Advanced Research Projects Agency (DARPA, a part of the U.S. Department of Defense) in 2013 found that most passwords follow one of several common formulas:

While it’s true these use a combination of upper/lowercase digits, the pattern makes it much easier for computer programs to hack.

Simply mixing up the formula and distributing your characters throughout the password instead of following these basic outlines will build a better password and make it much stronger. For example, instead of Trends123, try Tr3nd$!321.

7. Use Something Not in the Dictionary

One characteristic of a strong password is that it’s unexpected.

Whether it be the name of an imaginary friend from childhood or a nonsense inside joke you share with a close friend, something that seems like nonsense to an outside party would make a perfect password.

Don’t constrain yourself with the ideas of proper grammar and complete thoughts. Think outside the proverbial box.

Instead of using one long word for your password, create a short, memorable phrase that only makes sense to you.

You could use the make of your first or favorite car. Or even pet names. Colors and numbers, in any order, are safe bets. Examples inlcude: F!es7@-gr33n1972 and $p0t!Purpl3!2oo7.

Remember to replace letters with numbers in order to make them more difficult to guess, and that adding spaces or special characters between letters instead of bunching the word together can provide extra security.

When creating a password, perhaps leave out certain letters.

You could create a phrase and leave out the first or second letter of each word, or simply opt to not use vowels. For example, the phrase purple kittens may become Prpl3-ktt3n$, or even Prpl-kttn$.

Try coming up with a system that can be applied across all platforms and all passwords.

Don’t think that just because you’ve come up with a brilliant password it means you’re safe forever.

Although, the downside is that changing a password can make it harder to remember, especially with the amount of logins we go through nowadays. The answer comes in being vigilant; be aware of what’s happening around you and adjust accordingly.

Most big sites, like Facebook, will give you a warning if they believe your information has been compromised. Others, however, may be blind to threats and require you to decide yourself when the time for change has come.

“You don’t need to regularly change the password to your computer or online financial accounts (including the accounts at retail sites); definitely not for low-security accounts.

You should change your corporate login password occasionally, and you need to take a good hard look at your friends, relatives, and paparazzi before deciding how often to change your Facebook password. But if you break up with someone you’ve shared a computer with, change them all.”