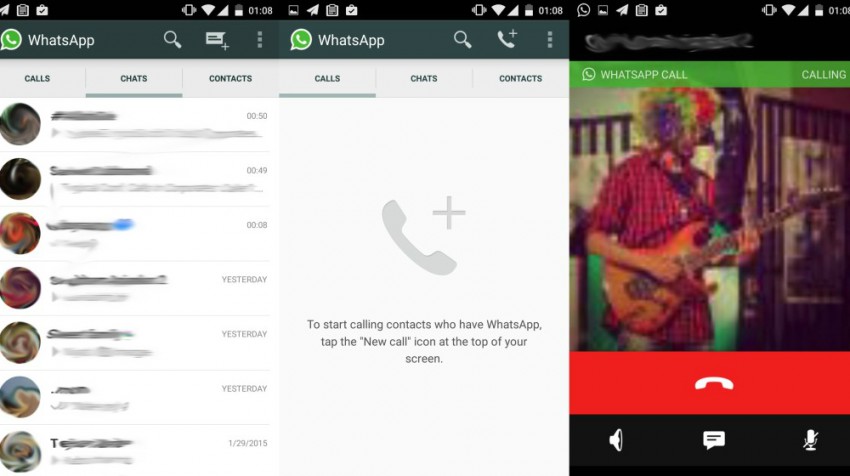 The much ballyhooed WhatsApp brings a voice calling feature to its popular platform. The first mention of a possible Whatsapp voice service emerged last year. Though at the time it was uncertain what form the service might take.

The new Whatsapp voice feature might bring them into competition with Skype and Viber, both of which offer online voice calling services.

Some of its millions of users report their account is allowing them to make regular voice calls.

Just made a couple of calls through @WhatsApp It works like a charm! The Telcos must be sweating bullets right now.

A Reddit user known as pradnesh07 first reported being able to make calls on a WhatsApp account, reports AndroidPit.com.

But most of the users given the voice calling feature now being tested by WhatsApp live in India it seems, says TechCrunch.

Users can download the latest update with voice calling enabled from the WhatsApp website directly. To get the right WhatsApp update look for version 2.11.508.

But interested users will have to set their devices to accept downloads from Unknown Sources.

That update is not currently offered at the Google Play Store.

Based on the reports, there are no guarantees that the updated app will fully work, even if the new version is downloaded.

AndroidPit reports that the best chances for success are to have the proper version of Android, 4.4 or 5. Some users running 4.3 were able to get the app with voice calling.

Even if users have downloaded the update and have the right version of Android on their smartphones, it may still take an invite from another user — meaning a user with the voice feature enabled — calling one of their contacts via WhatsApp.

And even then, there are no guarantees. Kris Carlon at AndroidPit writes:

“Several attempts have been made to understand the invite system, because not everyone seems to be able to activate the new feature, even with the new version, an invite and KitKat on their phone.”

Carlon reports the new WhatsApp voice calling feature will only allow users to call each other, not make calls to landline or other mobile phones. So in this respect the app may still be missing an important feature to make it competitive with Skype.

Callers would have the ability to perform basic phone functions, like speakerphone and mute. They will also be able to send other messages while they’re on a WhatsApp call.

If you’re one of the millions of users that’s anxious to try this new WhatsApp voice calling feature, it may be worth investigating. Others may just want to wait for the official release.